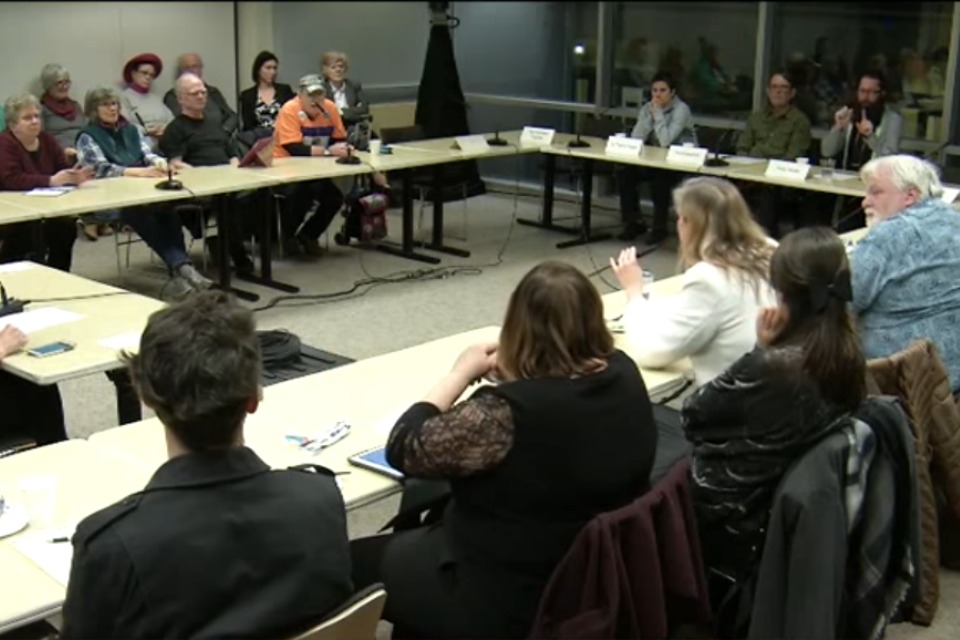 Last Thursday, the City of Portland’s Community Oversight Advisory Board (COAB) met for the final time in its current formation.

With Mayor Ted Wheeler in attendance, along with representatives of the U.S. Department of Justice (DOJ), the closing meeting was a culmination of years of confusion, conflict and distrust. It seems no one party was equipped to save the sinking ship, amid pleas from COAB members to keep it afloat.

The COAB was formed after a 2012 investigation of the City of Portland brought on by the DOJ, which found police to be using excessive force, including stun guns, against people with mental illness.

As part of a 2014 Settlement Agreement, the COAB was tasked with monitoring and recommending solutions for police reform, thereby enhancing community outreach and public safety.

But on Jan. 31, the volunteers’ terms of service came to a bitter end. While stakeholders, including the Portland Police Association and the Albina Ministerial Alliance Coalition for Justice and Police Reform (AMAC), have expressed their commitment to continued community oversight, the City of Portland told The Skanner it has no intentions of re-appointing the board’s members.

For some, the COAB’s dissolution comes as no surprise, given its stormy past. But that hasn’t stopped other remaining members from feeling ultimately disappointed.

“I feel pretty sad about it all,” said COAB chair Philip Wolfe. “I believe that the COAB could have changed some things. And I saw how much that change was needed, because it seemed like the Portland community wasn’t holding the police accountable.”

The board lost around half of its original 15 members due to personal reasons, arguments and misunderstandings.

Progress was locked in stalemate. Wolfe said the COAB made more than 50 recommendations, but felt they were generally dismissed by the DOJ and the City.

“A few recommendations did pass, but afterwards it seemed like there was no change,” said Wolfe. “The city did everything it possibly could to stop the COAB, and they blamed the COAB for its failure. But I was trying to do my best to continue it.”

Meanwhile, the AMAC – which Federal Judge Michael Simon granted “enhanced amicus,” defined as having a seat at the negotiation table – has continued to urge the City to re-appoint the members of the COAB whose past experience, it said, is an asset.

“We’d like to see that current board members remain because they bring a history as to what has been done, what has worked, and what has not worked well,” said Dr. T. Allen Bethel, president of the Albina Ministerial Alliance.

Bethel added that the COAB provides the community with an extra level of transparency in police procedures. “It’s also helped guard against the history of mistrust that has been fostered by the law enforcement system for many years here in Portland,” he said.

In the troubling aftermath, the AMAC said it lays the onus on both sides, chiefly because the City bumbled in providing the COAB with much-needed resources to become a more effective structure. “The City did not fully live up to everything that they should have done,” said Bethel. “We cannot allow them to lay it all on the COAB, they must take their responsibility as well.”

Those sentiments are echoed by The Portland Police Association, an intervener in the settlement. Its president, Daryl Turner, has applauded the work of COAB, given the circumstances. “I’m not placing the blame in any direction, but I think that they weren’t given clear direction on their responsibilities and their tasks,” he said. “I think the COAB members worked really hard to try to define that.”

Turner added that the situation was one of “too many cooks in the kitchen.” He said he’s looking forward to a re-formation of the oversight board. “We want to make it clear that we want the COAB to be successful, we want to give them the resources and education they need,” said Turner. “This is important in the community engagement process.”

At the moment it’s unclear whether the city will give the COAB another chance, calling the current board “plagued by issues.”

“We are going to reassess our reform efforts so that we are able to accomplish our goals as a community, and are in conversations with the DOJ, AMAC and the Portland Police Association to refocus and restructure how community engagement functions under the Settlement Agreement,” Michael Cox, the City’s director of communications, told The Skanner in an emailed statement. “There is not a fixed timeline for that conversation.”

But a lack of timeline is what concerns the involved parties.

Assistant U.S. Attorney Adrian Brown, who represents the DOJ in this settlement, explained to The Skanner as part of public record, that the Department does not have any further deadlines on the books with the City.

The City of Portland was to submit to the court an update as part of a status conference on January 31. The report was to explain how The City planned to continue its community oversight.

Instead, the City Council voted to appeal, causing Judge Simon to strike the status conference.

According to public record, the DOJ found the City of Portland to be out of compliance regarding its work with the COAB. The City has been put on notice by the DOJ and given an opportunity to remedy the compliance concerns.

All four corners of the settlement are currently in informal meetings with a City-appointed third-party facilitator. If the facilitator fails to move talks forward, according to the Settlement Agreement, the DOJ will seek formal mediation.

The AMAC said it’s wary of the City’s lethargic approach to a solution, adding that it will likely take months before a new COAB can be selected, trained, and begin its work.

“This gap will be inconsistent with the requirements of the Settlement Agreement and further alienate and aggravate the community,” said the AMAC in a press release.

According to Michael Cox, Mayor Wheeler has stated that the issue of police arbitration on disciplinary matters would be bargained during upcoming contract negotiations with the Portland Police Association.