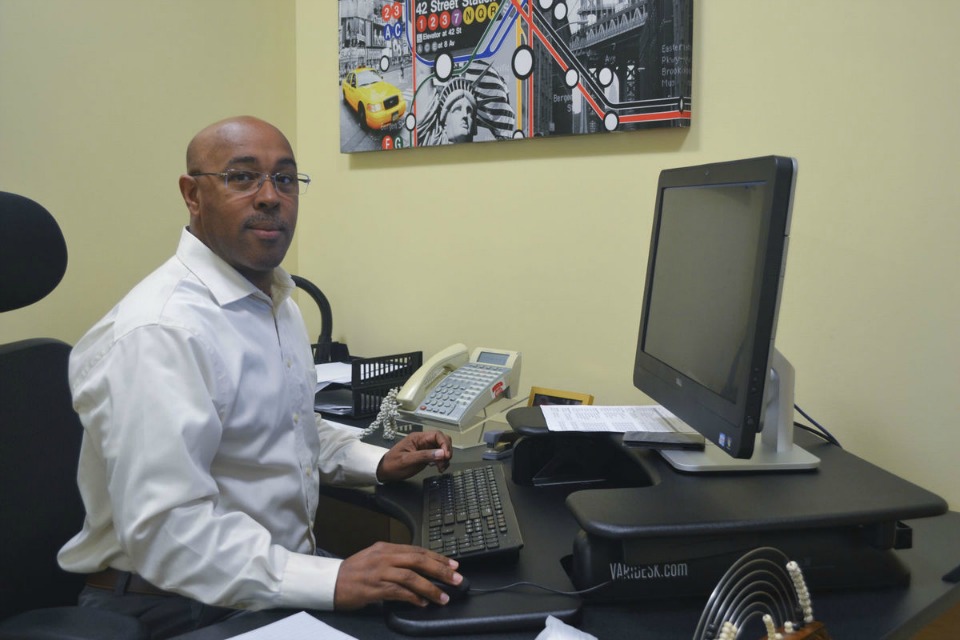 Walter Ghant grew up in north Portland, near the intersection of Williams and Killingsworth. After graduating from Madison High School, Ghant attended Warner Pacific College, and took what he describes as “a 20-year hiatus” away from Portland to pursue graduate school and a career in education. Ghant holds master’s degrees from James Madison University (history) and George Mason University (public administration) and a doctorate in divinity from Howard University, all located in Washington D. C.

Ghant worked in a variety of administrative positions in higher education in the Washington, D. C. area, but told The Skanner he and his wife had been talking about moving back to Oregon for some time.

Now he’s back in Portland to serve as executive director of De La Salle North Catholic High School’s office of community learning, overseeing the school’s 16-year-old corporate work study program (formerly known as the corporate internship program). Ghant arrived in Portland at the end of October to step into his new role.

“This position kind of found me, quite frankly,” Ghant told The Skanner. “Things kind of worked out just magically, or providentially.”

Ghant said the total budget for the corporate work study program is $2 million. To participate in the program, companies pay $27,295 per year for a team of four students with rotating schedules -- or they can divide their sponsorships to receive one student, or sponsor multiple teams. A full year of work helps compensate for half the cost of that student’s tuition. Sponsors include Providence Health Services, OnPoint Credit Union and Standard Insurance, among others.

Thirty-five percent of students who participate in the program are Latino, 30 percent are African American and 18 percent are Asian-American, Ghant said.

Ghant and the program’s staff train and orient students on basic job skills and etiquette, as well as “soft skills” – addressing issues that are critical to surviving in a corporate environment, such as punctuality and dress codes.

One of the key requirements of the program is that corporate sponsors provide real work for the students to do – including administrative office work like data entry or interacting with clients – so they learn basic office skills they’ll need later in the workforce. Many have gone on, as adults, to work for the companies where they served as work-study students, he said.

“The stories that they tell are very inspiring,” Ghant told The Skanner. “The confidence of these students is probably the number one thing they’ve watched develop. [It’s inspiring] to hear students say, ‘OK, I belong here,’ in a city that is predominantly White, for students in predominantly White settings, corporate organizations.”

Ghant added that since he stepped into his new role, representatives from sponsoring organizations have spoken glowingly about the students the program has sent them, saying they couldn’t do the work they do without students’ help. It’s common to hear that from nonprofit organizations that rely heavily on young volunteers, he said, but to hear it from large, private-sector employers was really meaningful.