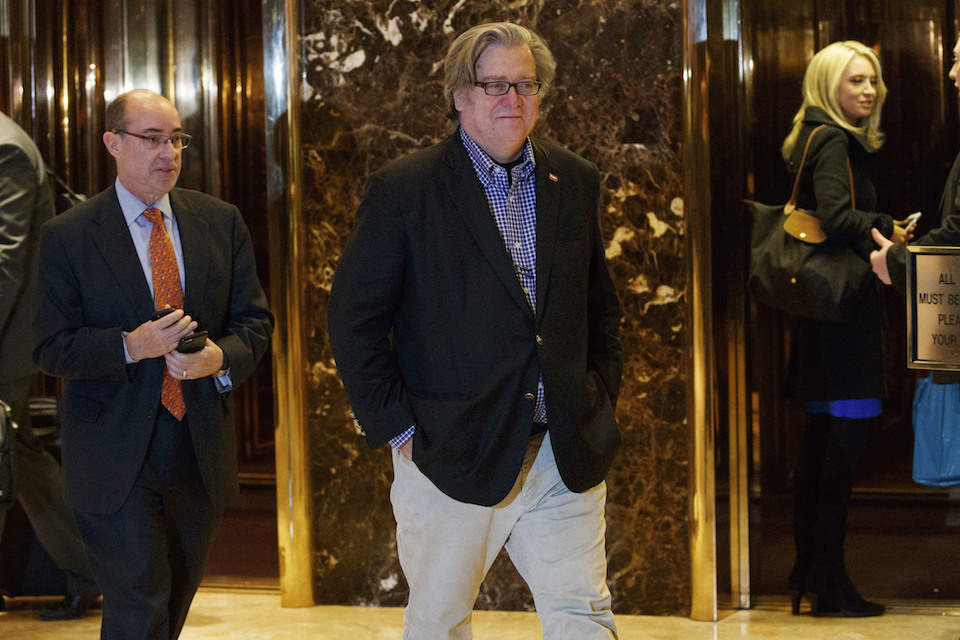 Civil rights groups say these appointments serve to embolden white supremacists and people with grievances to lash out at members of minority groups.

Sessions, a Republican, was denied a federal judgeship in 1986 after hearings in which he was accused of making racially charged remarks as a U.S. attorney.

According to transcripts, Sessions was accused, among other things, of joking that he thought the Ku Klux Klan "was OK" until he learned its members smoked marijuana and calling a black assistant U.S. attorney "boy."

During the hearing, Sessions denied making some of the comments and said others were ‘jokes’ taken out of context.

"If Sessions were to become the attorney general, the freedom and liberty of the historically marginalized would be severely threatened," said Mckesson, who has protested in several cities demanding police reform to address bias against communities of color.

"Sessions' nomination would also confirm that Trump plans to govern as he campaigned — as a proponent of bigotry, racism and xenophobia."

Color of Change has launched a petition asking the Senate Judiciary Committee to vote against Sessions in confirmation hearings.

Bannon led the Breitbart website, which has been widely condemned as racist, sexist and anti-Semitic. In a 2011 radio interview, Bannon said conservative women infuriated liberals because they "would be pro-family, they would have husbands, they would love their children," contrasting that against a slur for lesbians.

But Oregon's Sen. Jeff Merkley, a Democrat, is asking his fellow senators to sign a petition calling on Trump to dump Bannon.

Lennie Gerber, an 80-year-old resident of High Point, North Carolina, who led the fight against her state's ban on same-sex marriage, said she worried Trump's appointments will further incite such sentiments among the public.

"Saying that kind of thing incites the racism and the anti-gay feelings in everybody else and says you're free to express these things," Gerber said. "These people who've been suppressed by the positive transformation that has gone on over the last few years are now feeling free to express themselves." 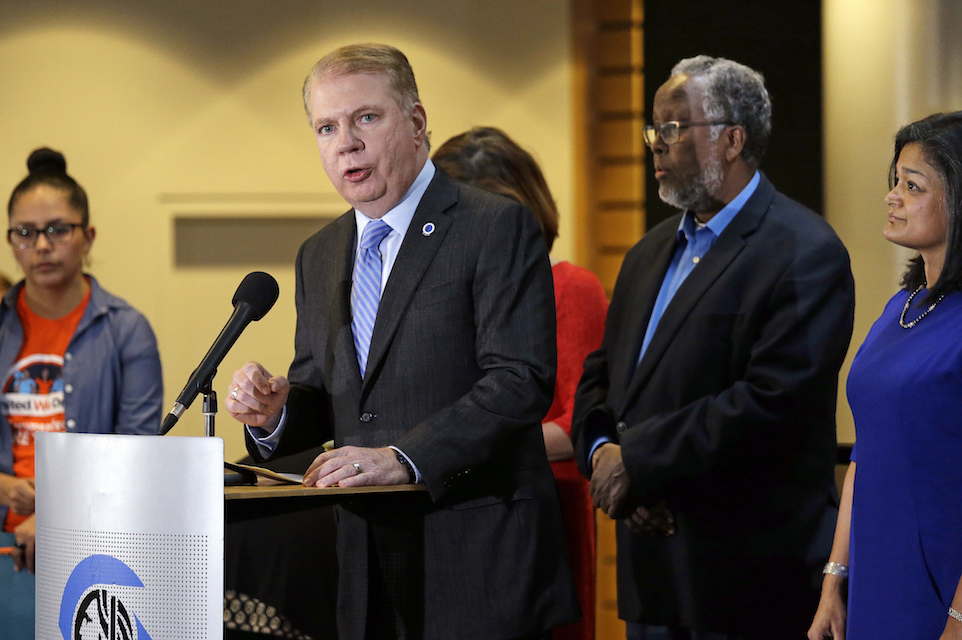 PHOTO: Seattle Mayor Ed Murray, second left, speaks at a post-election event of elected officials and community leaders Wednesday, Nov. 9, 2016, at City Hall in Seattle. Murray said the country had elected a leader who has "demonstrated outright misogyny" and displayed "racism and authoritarian tendencies." Murray said despite the views held by President-elect Donald Trump, Seattle would remain a welcoming city for immigrants, minorities and others. (AP Photo/Elaine Thompson)

Trump 0 for 4 on diversity

Civil rights leaders are calling on Trump to rescind Sessions' nomination or for the Senate to reject him. Sessions requires Senate confirmation as attorney general, as does Republican Kansas U.S. Rep. Mike Pompeo for CIA director, but Bannon and Flynn do not.

In August, Flynn spoke at an event in Dallas for the anti-Islamist group Act for America, calling Islam, a religion with 1.6 billion adherents, "a political ideology" and "a cancer."

Ibrahim Hooper, a spokesman for the Council on American-Islamic Relations, said, "Unfortunately, these very important picks in his administration send a troubling message indicating that the bigotry we saw expressed in the campaign will continue."

Aside from comments and actions attributed to the nominees, their lack of diversity worries civil rights leaders.

Washington attorney A. Scott Bolden said Trump is "0 for 4" on diversity: All his picks are white men.

"The scariest part of his potential administration will be how his political debts to the alt-right will manifest itself in his administration and policies,"

Bolden said. "Jeff Sessions is one of those manifestations ... to be in control not only of justice in America, but really to bring injustice to America."

Trump had said he planned to reward loyalty, and he demonstrated such with his nomination of Sessions, who was the first senator to endorse him.

Daniela Lapidous, a 22-year-old Jewish woman who works to fight climate change, called Bannon a "misogynist and anti-Semite and an anti-climate extremist." She said she never before felt the need to fight anti-Semitism but now thinks that she must.

"I've been somewhat convinced that anti-Semitism isn't a thing in the United States anymore, but this past year, with Trump and Bannon, it's made me scared about that for the first time in my life," said Lapidous, who lives in San Francisco.

"I hear people complaining that we should give the Trump administration a chance," Brown said. "It's very clear by his appointments that he's not going to give a lot of communities in the United States that same chance."

Elaine Walton, a black resident of New Orleans, said she had deep concerns. Her most visceral reaction to Trump's picks? "Fear. How is he going to be the top watchdog for the country when he's so biased?"