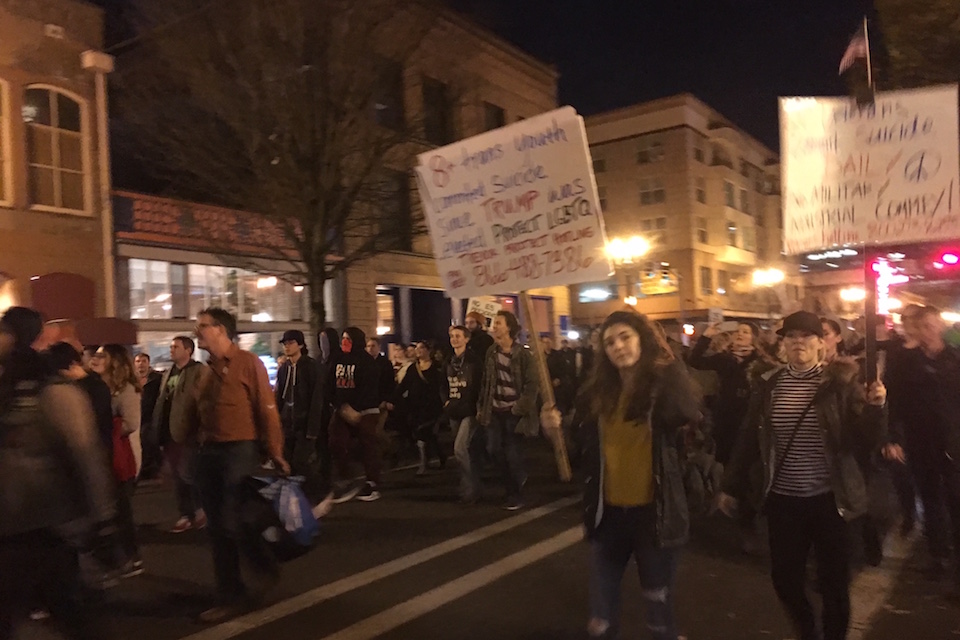 Police also say they have arrested two 18-year-olds and charged them in the shooting of a protester on the Morrison Bridge early Saturday morning.

The demonstrations Saturday night happened despite calls from the city's mayor and police chief for calm.

The gathering came after a news conference Saturday in which Mayor Charlie Hayes and Police Chief Mike Marshman urged people to restrain themselves after several days of marches that included violence and property damage as well as the Saturday shooting that left one person shot.