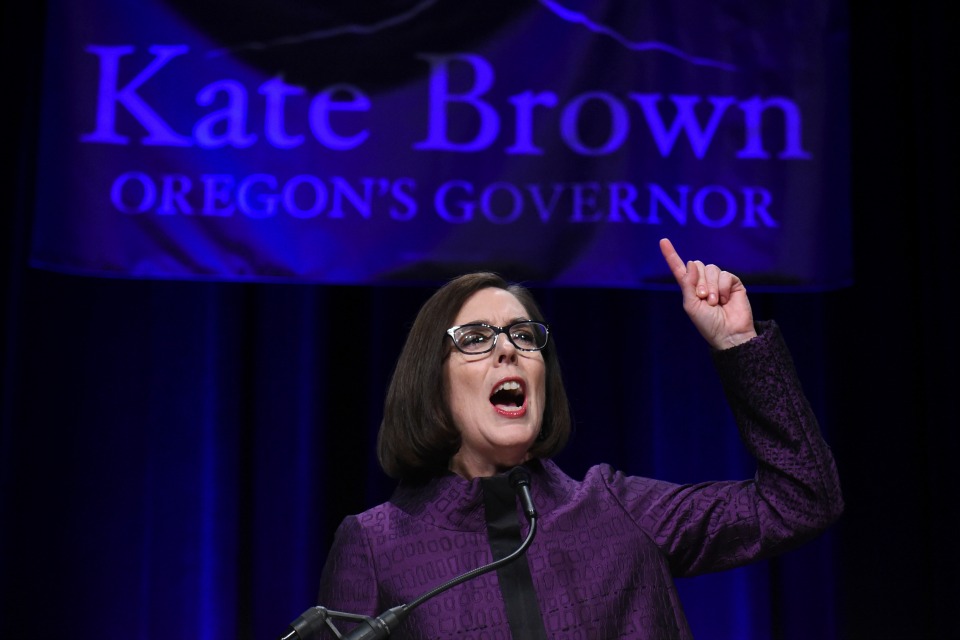 As the night progressed, the mood changed – and a TV feed showing national results was eventually shut off. As the gathering came to an end the Presidential race was still too close to call.

Early predictions in the evening gave Clinton a 60 percent chance in the evening, but prospects grew dimmer for Clinton -- the Democratic candidate and the first woman ever to be nominated by a major party for a U.S. election – as the night progressed.

The election was called for Trump shortly after midnight Pacific time and Clinton’s camp initially refused to concede, but then the candidate made a late-night call to congratulate the new President-elect.

The Skanner News spoke with Lew Frederick as the event came to an end. Frederick – ran for the Oregon state senate unopposed, filling former Sen. Chip Shields’ seat -- said he was still getting used to his new title.

He said that he was looking forward to working as a state senator, the new role would let him to delve more deeply into issues and allow more time to work on problems without worrying about re-election every two years.

Frederick said the national election results reinforce the importance of progressive legislative work that brings people together and supports economic security for the community.

"I am severely disappointed with the rest of the country but we can do some things here that actually show how things could be done," he said.

Portland City Council has been upended by the election of Chloe Eudaly, who becomes the 8th woman to serve on the council in over 100 years.

Multnomah County Commissioner Loretta Smith stood at the podium long after the event had stopped showing the national election results. By that hour many people were still applauding local politics while frantically checking their phones for national news. Smith had strong words to say about being a life-long Democrat. She talked about the Oregonian way of showing values at the ballot box.

With the addition of Stegmann, the first Asian-American elected to the County seat and the May election of Jessica Vega Pederson, who is Latina, the county commission is now helmed by a majority of women of color.

"We are going to have a majority-minority, all-women board," Smith told the crowd which cheered loudly in support.

While many speakers talked about reproductive rights or the value of having more women as legislators, Jesse Beason talked about the implications of race this election season.

Beason, who represented Communities of Color for a Just Oregon also known as Color PAC, talked about the need for having more people of color as elected officials. He said this year more people of color have run for office than ever before, but the numbers still do not reflect the population.

Beason also talked about the racism in national politics and how it has been normalizing explicit racial attitudes.

"This election proves to us that you no longer need to be a dog to hear the dog-whistle politics of this age," Beason said.

Beason railed against racism, citing the University of Oregon professor who wore blackface to a Halloween party and the murder of Larnell Bruce, who was run over and killed by White supremacist Russell Courtier in Gresham.

"We cannot ignore what these things mean for the daily experiences of Oregonians," he said.