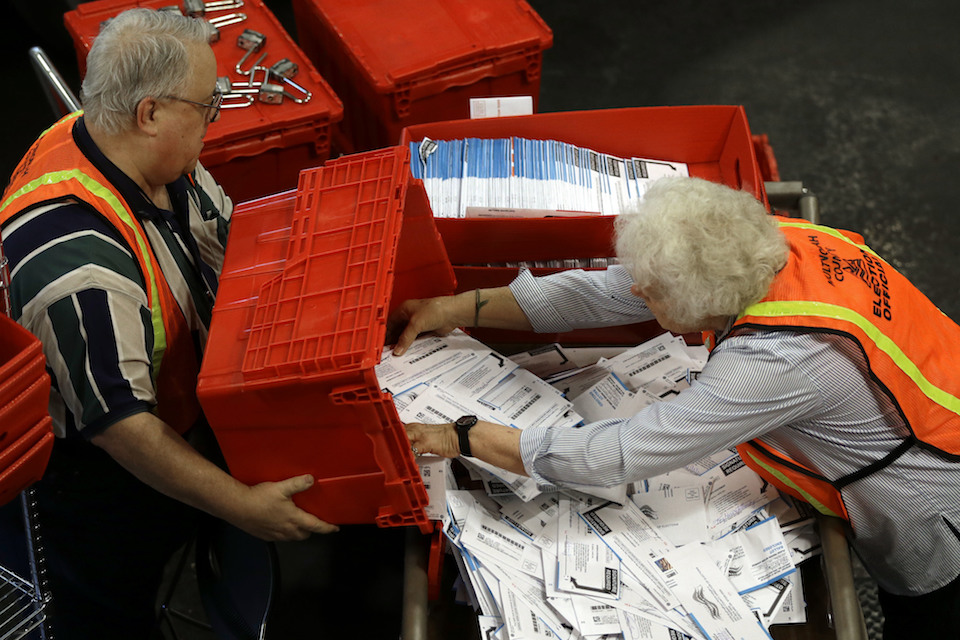 The Oregon Republican Party told state officials it had arranged for automated calls on a county-by-county basis, but the investigation was continuing to determine if the party was the only source of the misleading calls, said Molly Woon, a spokeswoman for the Oregon Secretary of State's office.

That's because of variations in the scripts that voters heard, she said.

The Oregon Republican Party did not return a call from the Associated Press seeking comment.

In a statement released late Saturday, Atkins said it's legal for political parties to reach out to voters who are officially "inactive" with automated calls, but it's critical to make sure lists of such voters are up-to-date to avoid confusion.

At least one person with the state GOP told officials they may have used an outdated list, Woon said.

"Political parties and campaigns are entitled to use voter outreach, including phone calls to 'inactive' voters encouraging them to reactivate their registration, to make sure voters understand how to vote," Atkins' statement read. "However, if outdated lists are used, this practice can cause confusion and alarm, which may result in voters feeling disenfranchised."

Woon said investigators are still trying to determine if any laws were broken with the calls.

"I think there are some concerns from people about the legality of the calls themselves because of do not call lists," Woon said.

It's unclear how many voters may have received the calls. Woon said they appear widespread and were made all over the state in both rural and urban areas.

The Oregon Republican Party did not return a call seeking comment.

Any voter who receives a ballot and returns it by 8 p.m. Tuesday will have their vote counted, Atkins said.

"No matter what your affiliation, I hope every eligible Oregonian takes advantage of their right to vote this election," she said. "Your vote is your voice, and every vote matters."