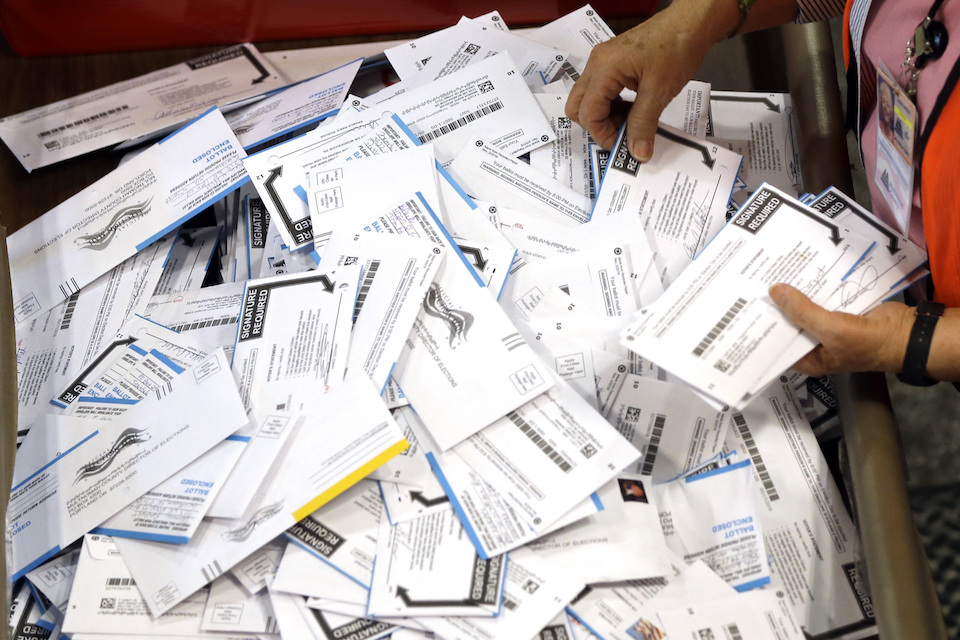 SALEM, Ore. (AP) — The official in charge of elections in Oregon said Friday that many voters across the state are receiving automated calls falsely telling them that they're not registered to vote and that their ballot will not be counted, and she called for an investigation of the "voter suppression."

"We have heard very specific information from a number of counties ... all over the state," Secretary of State Jeanne P. Atkins said in a telephone interview with The Associated Press.

She mentioned Crook County but the clerk in that Central Oregon county said her office has not received calls from worried voters, but Coos County and Tillamook County had. Some of the calls were automated and others were from real people.

"We've had calls from voters who have received those calls," Coos County Clerk Terri Turi said. "It's been close to 100 within the last two days."

Turi did not hazard a guess on whether it was a concerted effort to affect the outcome of the election. If a person who had not yet sent in a ballot got such a call and believed it, that voter might not bother to send the ballot in.

"All I know is it is disturbing our process," Turi said.

In a statement, Atkins assured voters that their ballots will count.

"There is simply no circumstance under which an Oregonian who has received a ballot should receive a call challenging their registration status," Atkins said. "Get your ballot in by 8 p.m. Tuesday, and your vote will be counted."

Turi, who is in her 18th year as county clerk in the coastal county, said she didn't recall seeing any similar problems.

Up the coast, the Tillamook County clerk's office has received around 30 calls from anxious voters.

Clerk Tassi O'Neil said a voter telephoned her to report that someone, not a robocall, had called her saying her vote would not be counted. The voter asked where the unidentified caller had gotten her phone number, and the caller wouldn't say, O'Neil said.

Atkins said she has asked the Oregon Department of Justice and U.S. Attorney's Office to investigate.

"We are not sure who is behind these calls, but we take this type of voter suppression activity very seriously," Atkins said in her statement.

Atkins told AP she didn't have an estimate of the total number of bogus calls. They are being evaluated, she said, adding that the calls were not a "casual effort."

Atkins' office said more than 1 million voters have cast ballots so far, with roughly 150,000 more ballots returned than the same time-frame before the 2012 general elections.

Atkins says voters should use election drop boxes at this point, because mailing poses a risk that the ballot might not arrive by 8 p.m. Tuesday in time to be counted. Postmarks do not count.
___