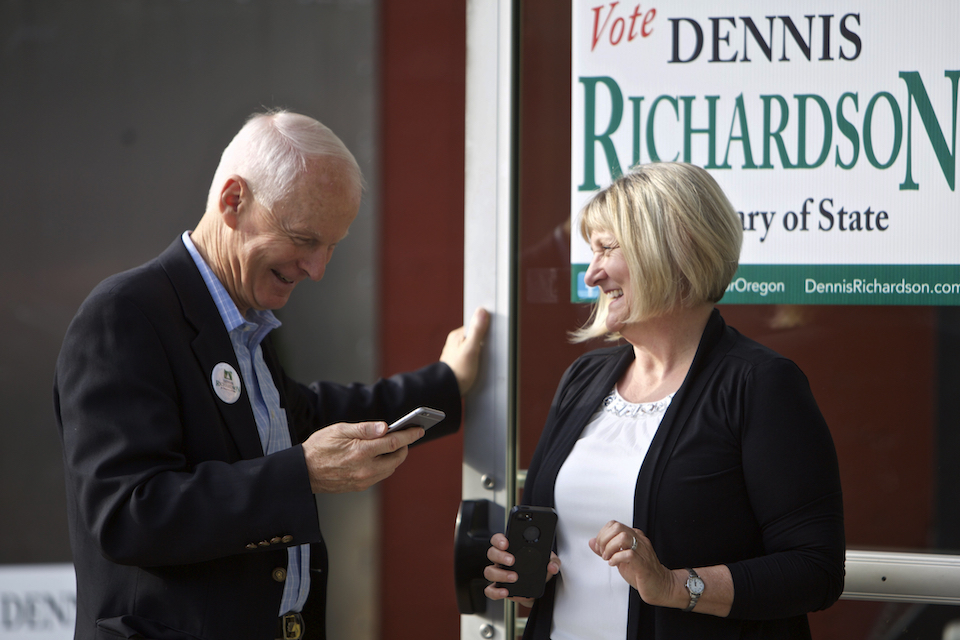 The campaign for secretary of state has become bitter, with each candidate accusing the other of hitting below the belt.

In a video on his Twitter site, Avakian paints his rival as "extreme, like Trump." Richardson retorts that Avakian has a history of not paying his bills.

He also highlighted an article in Forbes.com alleging that his Democratic rival was campaigning on state time while working as the state's labor commissioner, and that a couple of his staffers were too. 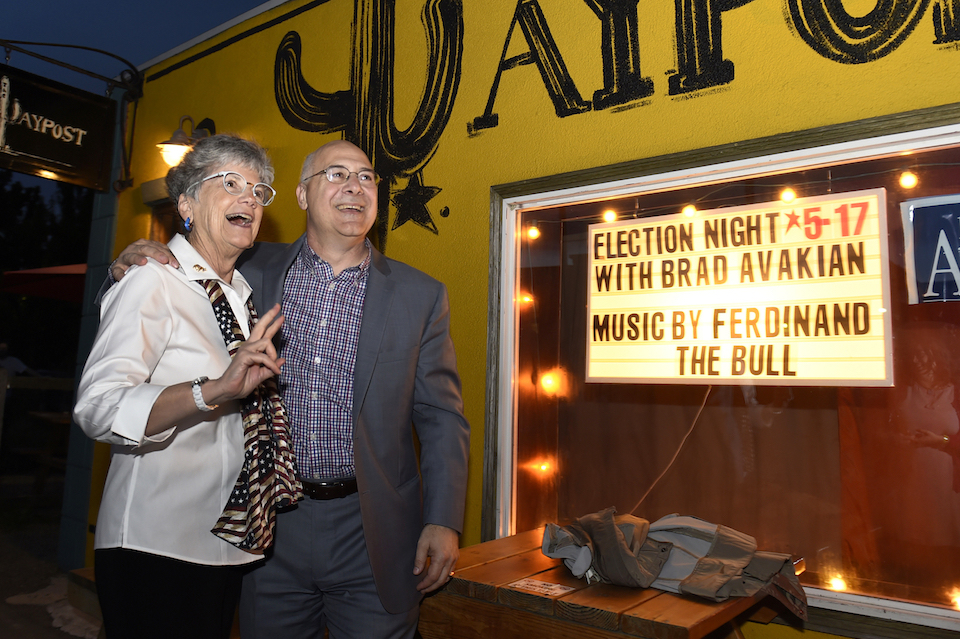 PHOTO: Democratic candidate for Oregon Secretary of State Brad Avakian stands with supporter Linda Campbell at a primary election night gathering in Portland, Ore. May 17, 2016. With a Republican threatening to take a state-wide office for the first time in many years in Oregon, the battle for secretary of state has become the hottest state race. (AP Photo/Steve Dykes, file)

Oregon Republicans haven't won a statewide election in over a decade, but — if polls are to be believed — Richardson has a good shot of becoming secretary of state. He lost the gubernatorial election to John Kitzhaber in 2014 as the GOP candidate by only about 6 percentage points.

The secretary of state is first in line to succeed the governor and is the auditor of public accounts, the chief elections officer, and the administrator of public records.

In a telephone interview with The Associated Press on Thursday from his southern Oregon hometown of Central Point, Richardson said he would not let his conservative values play a role in his duties if he wins on Nov. 8.

Richardson has been racking up endorsements from numerous newspapers, and even from two politicians from Avakian's party.

"If I'm secretary of state, you won't be able to tell if I'm Republican or Democrat," Richardson said. "I will take laws as they have been passed and implement them in a nonbiased manner."

Avakian, in a separate phone interview from his campaign offices in Portland, said the secretary of state, as chief auditor, will inevitably audit Oregon's health plan, which provides abortion services for low-income women. He questioned how Richardson, who is anti-abortion, could carry out those responsibilities in a neutral manner.

Avakian said he would bring his long experience as a civil rights attorney to the position. He noted he has promoted same-sex marriage and raising the minimum wage, and opposed a measure that would have made it harder for minorities and low-income citizens to vote.

Richardson said being chief auditor of the state would be the most important task, if he wins.

"I would ensure the people's money is well spent," he said.

Richardson said there should have been audits of state projects that misspent taxpayer money, like the Columbia River Crossing to build a new bridge. Almost $200 million was spent before it was abandoned without even a "shovelful of dirt dug," he said.

"It's been a process of collusion, where you don't audit projects because it could become an embarrassment if (the facts) became known," Richardson said.

Avakian said it would be important for him, if he wins, to "make sure every Oregonian has a voice in their democracy." He advocated inspiring people to be civically engaged and to want to vote, including by expanding civics education in schools.

Justifying his campaign ad comparing Richardson to Donald Trump, Avakian said his opponent "has been running from his extreme Republican record the entire time."

Richardson said the ad is "totally irrelevant, a desperate attempt to slander me by association."

Richardson has not been meek with his own campaign ads. One notes that Avakian had paid his income and property taxes late.

"This is an example of the kind of personal smear campaign Dennis is running in order to hide from his own extreme conservative record," Avakian said, adding that he and his wife had financial troubles before, but all their debts were paid.

His campaign manager has said the article by Forbes.com took information out of context and was a hit piece engineered by Richardson's supporters.

With incumbent Gov. Kate Brown — who was secretary of state and assumed the highest office in 2015 with Kitzhaber's resignation — having a comfortable lead in most polls over Republican challenger Bud Pierce, the secretary of state race is the one that has garnered the most interest.

Avakian said that 13 years ago, he and Richardson "differed seriously on policy issues and worked together well."

With this high office at stake, those more collegial times seem distant.