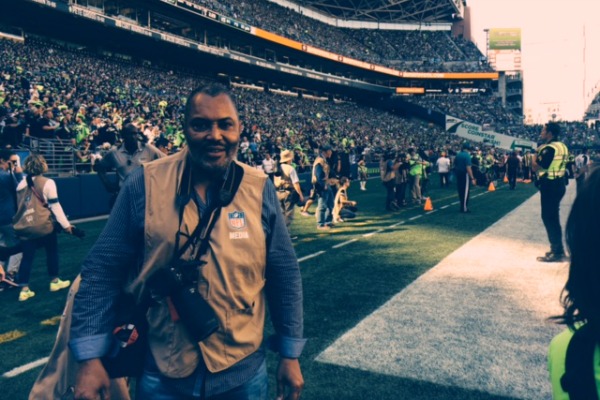 SEATTLE (AP) — Russell Wilson is already dealing with more injuries in the first three weeks of the 2016 season than the first four years of his career.

This time, the Seattle Seahawks quarterback got lucky.

Wilson threw for 243 yards and a touchdown before suffering a left knee injury and the Seattle Seahawks rolled to a 37-18 rout of the San Francisco 49ers on Sunday.

Wilson was injured with about 10 minutes to go in the third quarter getting pulled down awkwardly on a sack by San Francisco's Eli Harold.

Harold was called for a horse collar penalty, but the bigger concern was how he fell on Wilson's left leg.

"Fortunate. I don't think it's as severe as it looked," Wilson said.

Seattle coach Pete Carroll referred to the injury as a slight sprained knee and Wilson was set to undergo an MRI to verify the initial diagnosis.

Wilson stayed down on the field for a few moments after the injury before walking off. Wilson missed the first play of his career because of an injury, but returned almost immediately — and without perhaps the approval of his coaches — to throw one more pass.

The completion led to the third of Steven Hauschka's three field goals for a 27-3 lead and after that Wilson's day was done.

"He walked on the field on his own. You could see all the coaches we're like 'Nobody told him to do that,'" wide receiver Doug Baldwin said. "But that's Russell though."

Wilson had a brace placed on his left knee, and he never saw the field again, giving the final 1½ quarters of the blowout to rookie Trevone Boykin.

Wilson finished 15 of 23 passing, including an 18-yard touchdown pass to tight end Jimmy Graham. Boykin also threw the first TD pass of his career, hitting Baldwin on a 16-yard touchdown early in the fourth quarter.

Baldwin had eight catches for a career-high 164 yards.

It was a big day for Seattle's offense that slogged through the first two weeks, scoring just 15 points in the first 120 minutes of the season.

The Seahawks nearly matched that total in the first 11 minutes of the game thanks to the first two touchdowns of Christine Michael's career.

"It was amazing. I give all that to my offensive linemen," Michael said.

Getting the start with Thomas Rawls out because of a shin injury, Michael had TD runs of 41 and 4 yards on Seattle's first two drives, the first drive taking three plays and just 43 seconds. Michael rushed for 106 yards on 20 carries, the second 100-yard game of his career.

Carlos Hyde two TD runs in the fourth quarter for San Francisco, but the 49ers had just five first downs entering the fourth quarter and missed on their first 10 third-down attempts. Blaine Gabbert's streak of 12 straight games with a touchdown pass ended as he was 14 of 25 for 119 yards and an interception.

"We knew we were going against the most talented group defensively we were going to face and knew it was our job specially to convert on third down and we didn't do that," San Francisco coach Chip Kelly said.

The knee injury for Wilson comes on top of the Seattle quarterback suffering a sprained right ankle in the opener against Miami. Wilson never missed a snap against the Dolphins and played the entire game last week against Los Angeles, although his mobility was limited. Wilson appeared to have better movement on Sunday, but had only one official run for 3 yards.

Seattle may not have wanted a bye in Week 5, but it could end up being critical for the health of its quarterback.

Seattle had not allowed a 100-yard rusher in the previous 24 games, a streak that dated to Week 11 of the 2014 season when Kansas City's Jamaal Charles topped the 100-yard mark.

Graham seems fully back from the torn patellar tendon suffered last November. The athletic tight end had six catches for 100 yards and a touchdown in the first half on Sunday for Seattle.

Graham's score was his first TD since Sept. 27, 2015. He later wrestled a 40-yard jump ball away from safety Eric Reid that set up a field goal. Graham also had an 18-yard catch to convert third-and-15 in the first quarter.

It was his second 100-yard receiving game since joining Seattle via trade before last season.

The loss of McDonald was compounded when backup Garrett Celek was hit the back by Kam Chancellor on the first possession of the second half. Celek returned later in the third quarter.