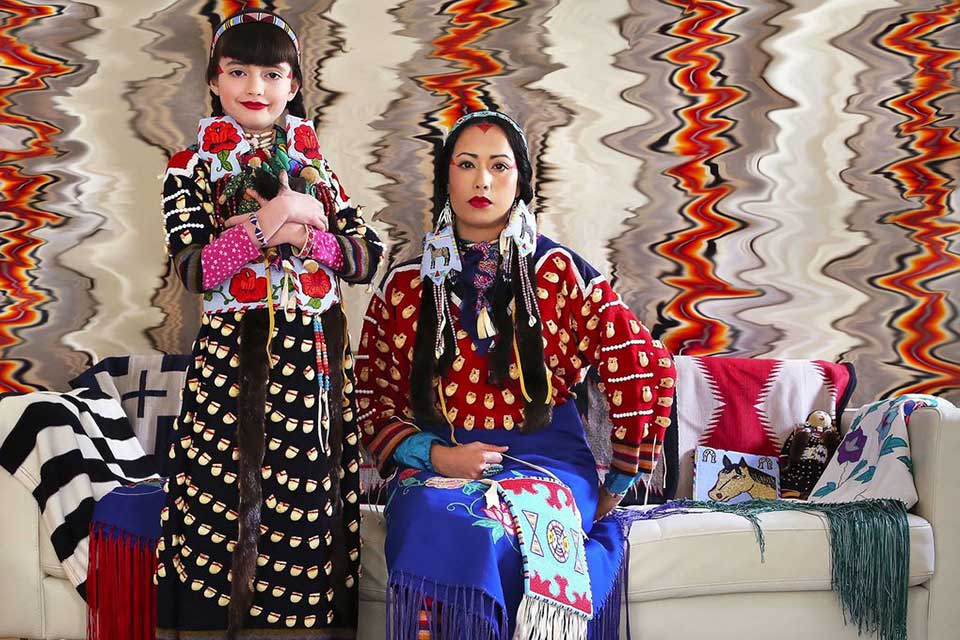 The Seattle Art Museum (SAM) and the Betty Bowen  Committee, chaired by Gary Glant, announced today that Wendy Red Star is the winner of the 2016 Betty Bowen Award. The award comes with an unrestricted cash award of $15,000. Founded in 1977 to continue the legacy of local arts advocate and supporter Betty Bowen, the annual award honors a Northwest artist for their original, exceptional, and compelling work. Red Star’s work operates at the intersections of traditional Native American culture and colonialist histories and modes of representation; her work will be featured in an installation at the Seattle Art Museum beginning November 10.

The award ceremony honoring Red Star, Cerny, and Mitchell will take place at 5:30 p.m. Nov. 10 at the Seattle Art Museum. The ceremony and reception following the artists’ remarks are free and open to the public.

The winner was selected in a two-part jury process. In the first round, the applicants are reviewed anonymously. Over the course of two days, five or six finalists are selected from the pool of applicants. The finalists are then invited to present their work to the committee in person during the second round.

2016 winner Wendy Red Star of Portland was raised on the Apsáalooke (Crow) reservation in Montana. Red Star works cross-generationally, looking in particular at matrilineal relationships within Crow culture and ceremony. She has critically examined historical portraits of Crow leaders by white photographers and taken apart stereotypical representations of Native American women in a variety of popular culture contexts. Her work centers on photography but sculpture, video, fiber arts, and performance are also important to her practice.

Working in a wide array of mediums including printmaking, collage, and sculpture, special recognition award winner Dawn Cerny of Seattle is interested in the placement of objects as visual evidence of cultural and behavioral value systems, especially in the context of the home. In her recent work, Cerny is increasingly exploring strategies to  present objects informally, relating an understanding of art as something lived within daily life.

Mark Mitchell of Seattle, winner of the Kayla Skinner special recognition award, works in hand-sewn textiles to examine issues of ceremony, tribute, and mourning, often using the tropes of funeral traditions. In his recent body of work, Burial, Mitchell explored these ideas through a series of intricate burial garments. His current project, Burial 2, tackles issues of mass incarceration, prison reform, and the racial disparity of the prison system — imbuing mourning with an activist intention.

Betty Bowen (1918–1977) was a Washington native and enthusiastic supporter of Northwest artists. Her friends established the annual Betty Bowen Award as a celebration of her life and to honor and continue her efforts to provide financial support to the artists of the region. Since 1977, SAM has hosted the yearly grant application process by which the selection committee chooses one artist from the Northwest to receive an unrestricted cash award, eligible to visual artists living and working in Washington, Oregon, and Idaho.