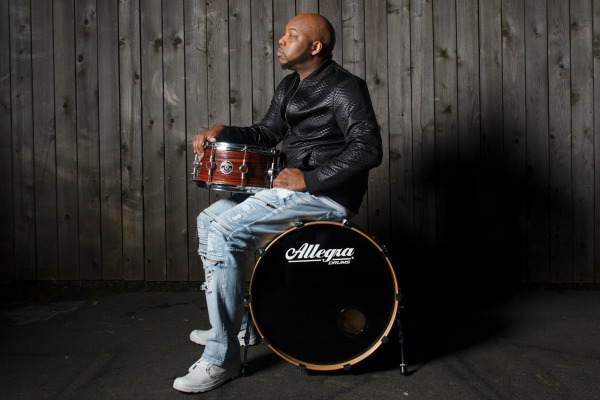 This Sunday, the McMenamins Mission Theatre will host its first Portland Black Music Festival. The event is a celebration of local Black musicians and African heritage -- and Black contributions to jazz, soul, R & B and hip hop.

The fest is organized by musicians Farnell Newton, Tony Ozier and Dj O.G.ONE. The trio believes there is a lack of opportunities for Black musicians in the Portland music scene and a lack of exposure for local world-class artists.

One such local artist is Saeeda Wright, who toured with Prince as part of the New Power Generation, and made appearances on Jimmy Kimmel, Jimmy Fallon, The Arsenio Hall show and Late Night With David Letterman.

“We just really wanted to showcase some really dope artists that are out right now. We wanted to mix it up -- we wanted a mixture of new artists and artists that have been performing for awhile,” Ozier said.

“There’s jazz, there’s R&B, there’s hip hop, there’s funk, there is all kinds of different music and we wanted to make sure we had a little bit of all of that in this festival,” Newton said.

The festival was born out of series of conversations between Newton and Ozier. Both of them had traveled widely and lived in many cities before coming to Portland. In cities with larger Black populations, there were more Black heritage and music festivals.

In Portland they saw Black music highlighted only during neighborhood fairs such as the Good in the Hood celebration. Newton said the Portland Black Music Festival will build community and foster a welcoming space.

Initially Newton and Ozier had been planning the festival for some time in the future. But when they teamed up with Dj O.G. One and partnered with McMenamins who offered the Mission Theater Venue, everything fell into place quickly.

Newton said he has received some racist online harassment for creating a festival focusing on Black music and musicians.

“Lately we’ve been getting a lot of cynical people who are asking ‘when are you going to start the White music festival’,” Newton said.

For Ozier, the hardest part of creating the festival was turning eager musicians away. The festival has one stage for one day -- not enough time and space to showcase every deserving Black musician in Portland.

“So many people wanted to be involved in it, it was beautiful,” Ozier said. “But because we only got one day to do it, we had to tell a lot of people, our friends, no.”

Newton says there are plans to expand the festival in the future. He hopes to extend it to a three-day affair, involving a larger venue -- and they may even add in a Black music conference to the offerings.