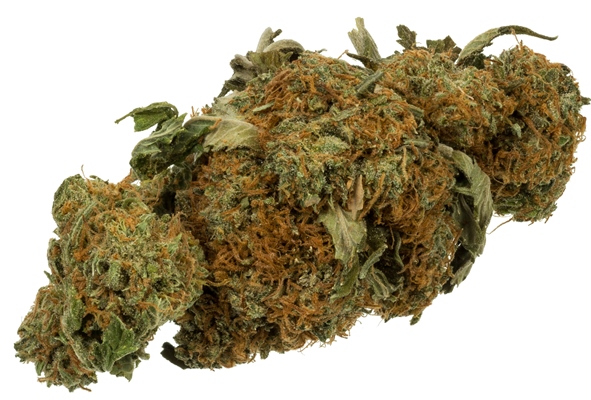 The Minority Cannabis Business Association and the Coalition of Communities of Color say a proposed 3 percent tax on cannabis sales in Oregon could bring as much as $3 million to minority communities, and may help people of color get started in the cannabis industry.

Portland’s city council voted in June to refer the tax to voters, who will decide in November whether to accept or reject it. Put forward by commissioner Amanda Fritz and written with help from the industry as well as city stakeholders, the proposed language mostly funnels money into drug and alcohol education, public safety investments (including increased DUII training for officers) – but also small businesses, specifically businesses owned by women and minorities.

“It’s really, for lack of a better term, a watershed moment in cannabis regulation,” said Jesce Horton, the cofounder of the Minority Cannabis Business Association, who was involved in the drafting of the tax. “When you look at what’s happening across the nation, people of color and the prosperity in the cannabis industry -- people aren’t seeing the benefit of cannabis regulation in their industry, in their neighborhood.”

Horton is African American and owns two cannabis businesses in Portland – a dispensary and a cultivation center. He estimates that just a fraction – between 5 and 10 percent – of the roughly 1,000 members of his organization, a nationwide trade group founded just last fall are people of color who work in the legal industry. Others are curious about getting into the industry or advocating for racial minorities who want to get involved.

Horton said his group is working on a study with the University of California investigating the demographics of the legal cannabis industry. He said while there is a perception that the industry is overwhelmingly White, right now there are no hard numbers available on who owns and works in the majority of legal recreational or medical businesses.

But decades’ worth of statistics – from Oregon and the United States as a whole – show racial minorities, in particular African Americans, Latinos and Native Americans have been arrested and incarcerated on marijuana-related charges at a much higher rate than Whites, despite survey data showing racial minorities may be less likely to use marijuana than their White counterparts.

Disparities persist even in jurisdictions where pot is now legal: in Colorado, which legalized marijuana in 2014, arrests of White teens on marijuana-related charges fell 10 percent between 2012 and 2014. But in the same time period, Latino teens were 20 percent more likely to get arrested on the same offenses, and arrests of African American teens went up 50 percent. Earlier this summer, Devontre Thomas, a Native American 19-year-old living on tribal land in Oregon, was threatened with federal prosecution on charges he tried to buy less a gram of marijuana on tribal land. (Federal prosecutors dropped the charges after the Willamette Week ran a cover story on Thomas’ case.)

While the fund is intended to support minority and women-owned businesses generally, Maggie Tallmadge, environmental justice coordinator for the Coalition of Communities of Color, said it addresses one of the potential barriers to entry in the cannabis industry: access to capital.

“It’s not sufficient to reduce the disparities that our communities are facing at the state and in the city, but we’re happy that the city started to take this direction,” Tallmadge said.

“When we look at prohibition, the people who were impacted weren’t necessarily smokers,” Horton told The Skanner. “It was also people who were seeing their family members get locked up. They should be able to see on the reverse end, the positive benefits.”