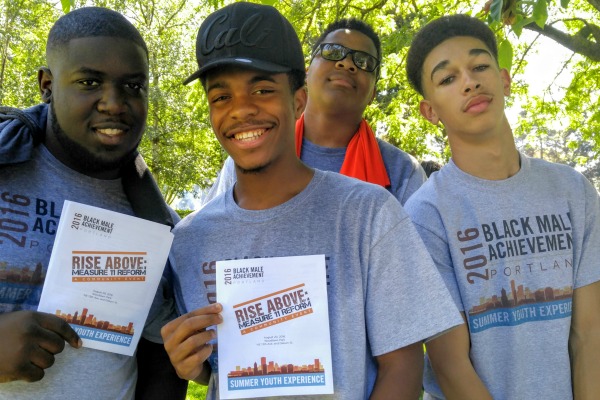 Underneath the sweltering midday sun, Sang Dao described his coming of age within the criminal justice system.

Involved in drugs and gangs, Dao was in and out of juvenile detention since he was 13-years -old. When he was 17, about to turn 18, he was arrested for a Measure 11 offense and was given a plea agreement of 150 months in jail.

“For someone who couldn’t plan a day or a week ahead,  12 1/2 years seemed like my whole life right there,” Dao said.

Community members gathered at Woodlawn Park in NE Portland to hear about the impact of Measure 11 on incarcerated youth. The event, “Rise Above: Measure 11 Reform” was a youth-led community engagement project from Black Male Achievement.

The measure, which was placed on the ballot by the tough-on-crime group Crime Victims United and voted in by Oregon voters in 1994, has changed the nature of juvenile justice for a generation of young Black men in the state.

The measure requires that all youth 15 and older be tried as adults. Judges cannot give shorter sentences than the mandatory minimums and sentences cannot be reduced for good behavior.

In the years after Measure 11 was implemented, the number of defendants seeking a trial dropped from 21 percent to 16 percent, according to a 2011 analysis from the Oregon Criminal Justice Commission. The number of defendants who pled guilty or pled to lesser charges went up -- leading to more people being incarcerated and serving longer sentences.

Dao’s story stood in contrast to those participating in Black Male Achievement. Instead of being trapped in cycles of delinquency and recidivism, the BMA youth were steered into jobs, mentorship and civic engagement.

BMA participant Ben Smith gave animated testimony of the impact of the organization on his life. He described substance abuse and needing encouragement to study and be the best possible version of himself he could be. 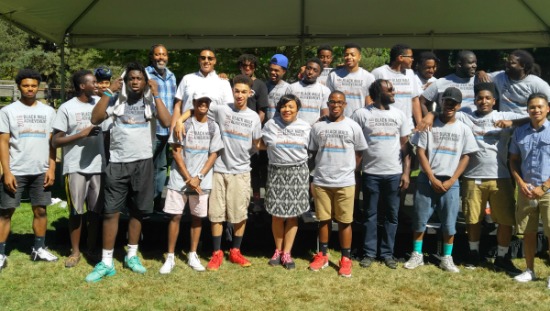 The BMA youth were between 15 to 21-years-old. They participated in the Summerworks program, created by Multnomah County Commissioner Loretta Smith. They worked at the city of Portland, in Multnomah County, the parks department, the Portland Water Bureau, KBOO radio, SKANSKA and Trillium Charter School.

Here are the Measure 11 Policy changes suggested by the BMA:

Portland Police Captain Kevin Modica encouraged people to take a good look at these proposals. He spoke of “wasted youth” who end up living in the criminal justice system before they have matured and grown up.

“Prison is no joke. Quite frankly you are not going to come out as the same person,” Modica said.

Many speakers talked about cycles of incarceration -- youth growing up incarcerated, learning to be a better criminal, and then leaving the prison system with few work skills and a felony record.

While Dao looked at his 12-year prison sentence, he realized how easy it would be to get lost in the justice system. He looked at the concrete walls 22 hours a day with no window to the outside world, and wondered if he was going to spend the rest of his life in jail.

He challenged himself to change his life, to get an education. Dao said that every day he wanted to give up, but every day also propelled him forward. He earned his high school diploma, his bachelor’s degree in criminal justice and criminology and is now pursuing a master’s degree.

Now Dao works in the same facility where he was incarcerated years before, and he wants to change the effects of Measure 11 on youth offenders.

“They are young, they are juveniles and I don’t know what part of making people feel bad about themselves will help them do better later on in life,” Dao said.