Hope Solo's Reign in Seattle Over For Now 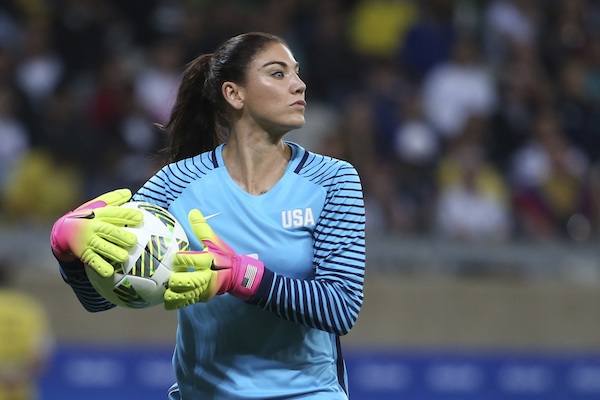 Hope Solo has taken an indefinite leave from the Seattle Reign of the National Women's Soccer League, less than a week after being suspended for six months by the U.S. national team for disparaging remarks about Sweden.

The move was announced Saturday by the Reign, saying that the Olympic goaltender has been granted personal leave. The team did not say how long Solo would be away.

It's been a rough time for the record-breaking goalie. On Wednesday, she was suspended after calling the Swedes "cowards" for their defensive style of play after the U.S. lost the Aug. 12 match on penalty kicks.

Solo was previously suspended for 30 days early in 2015 for her conduct, and won't be eligible for selection to the national team until February.

Meanwhile, the Reign made their announcement hours before Saturday night's match against the Portland Thorns. Seattle signed goalkeeper Andi Tostanoski to replace Solo.