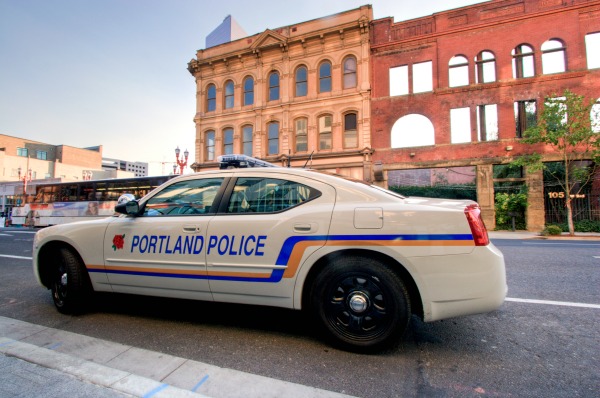 The office of the city auditor recently released its annual report detailing the efforts of the Independent Police Review, citing progress in the handling of police complaints.

The report gives an overview of the complaint process and IPR’s role. Highlights of the report include shorter resolution times for complaints, more independent investigations and fewer dismissed complaints compared to previous years -- 67 percent dismissed down from 76 percent in 2014.

But local police accountability advocates say the report is misleading and lacking analysis necessary for reform.

“I think it is inexcusable for a government agency that’s tasked with investigating complaints of police misconduct to be proud of … the significant numbers they don’t even bother to investigate,” said JoAnn Hardesty, president of the Portland Chapter of the NAACP.

However, in the Copwatch report, this number is challenged, saying that number should be based on the total number of complaints received, not the number that was investigated.

“That rate would be 2.8 percent of all cases (11 of 388), not 18 percent (11 of 62) as IPR indicates,” wrote Portland Copwatch in the response. “This means you're six times less likely to have your concerns validated than what IPR implies.”

City Auditor Mary Hull Caballero told The Skanner News that it would be inaccurate to include all complaints. Some had been dismissed for not having enough evidence or they were less serious allegations that were referred to supervisors, or were complaints that had jurisdiction errors, Hull Caballero said.

“Mr. Handelman’s methodology includes complaints against officers who do not work for the city of Portland,” Hull Caballero said. “IPR refers such complaints to the jurisdictions where the officers work. They count in our data as complaints that are dismissed. It would not be appropriate to consider them … when calculating the percentage of sustained allegations, because they never underwent that type of judgment.”

Hardesty says there is a larger story behind the complaints that do not get investigated. In some cases complainants cannot name the officers involved, because the officer would not give his or her business card or could not be otherwise identified.

Complaints from the homeless are more likely to be dismissed because of issues locating people to follow up, according to Hardesty.

“I believe that the most vulnerable people in our society are the ones who don’t get their cases investigated and don’t get their due process through this IPR process,” Hardesty said. She would like to see an audit of every complaint rejected over the past five years.

Hardesty believes the 21 percent complaint rate is fairly consistent with the disparate treatment statistics for the Black community in Portland. According to Portland Police Bureau 2013 traffic stop data, Black residents experienced 12.8 percent of traffic stops and were twice as likely to be searched than White residents.

Another criticism of the report is the lack of racial data. There is an IPR complaint category for disparate treatment, which is defined as an inappropriate action or statement based on characteristics such as race, sex, age or disability.

“When you look at the outcome of the IPR’s investigation, there is no analysis about whether or not the people who are stopped the most are actually getting justice when they come and file a complaint,” Hardesty said.

Portland Copwatch reports that this disparity shows an institutional pattern of believing officers over community members.

Hull Caballero says the information in the report is a snapshot of the last year compared with previous years data -- not an analysis of motives.

“It would not be appropriate for IPR to guess what drives a trend from one year to the next without researching the underlying causes, some of which may never be known,” Hull Caballero said.