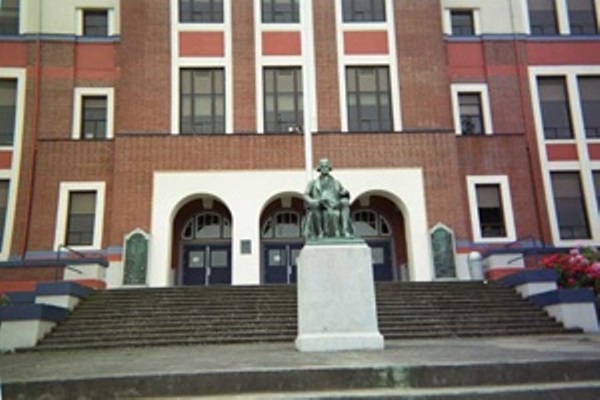 Oregon Public Broadcasting reported that nearly 200 fixtures at Jefferson had lead levels above the federal limit (15 parts per billion), or close to two-thirds of the 335 water sources. Most of the fixtures tested were shower heads or spigots, but 26 were drinking fountains. Full test results are posted on the school district’s website.

Portland Public Schools did not respond to request from The Skanner News for comment, but the Multnomah County Health Department is suggesting that parents get their children tested if they’re concerned about lead contamination -- and is offering free testing clinics to all children in the school district.

Lead poisoning can cause developmental delays, learning disorders, abdominal pain and fatigue in small children, and reproductive problems, intestinal problems and memory loss – though many who test with high blood lead levels show no unusual symptoms. According to the Centers for Disease Control, drinking water with high lead levels is not typically enough, in and of itself, to result in high blood lead levels, but risk will vary depending on the person and the amount of water consumed.

According to Perry Cabot, senior program specialist at Multnomah County’s lead poisoning prevention program, teenagers aren’t routinely tested for lead exposure, because public health officials consider small children at highest risk for lead poisoning, due to the possibility for long-term health problems and disruption of cognitive development in kids who are exposed to lead at age six or younger. Adults are typically only tested for elevated blood levels if there is reason to believe they’ve been exposed to it – for instance, adults affected by chemical spills or other industrial accidents are often tested.

“We just don’t have a precedent for testing at this age,” Cabot said, adding infants are also seen as particularly high risk due to crawling and hand-to-mouth behavior in homes with high levels of lead dust.

Typically Multnomah County’s lead testing program – which offers free monthly clinics – only serves children up to age six and pregnant women. But Cabot told The Skanner the county has worked with funders to expand the clinics so that until the end of the summer, any child in the Portland Public Schools system may be tested. The clinics are funded primarily by the Portland Water Bureau, Cabot said, though the Multnomah County Health Department also receives some funding from the county’s general fund to administer the clinic. The next clinic will take place at 11:45 a.m. Friday at the Kenton Library. Click here to see more clinic listings.

Family physicians can also test for lead in blood. If a blood draw shows levels of 5 micrograms or higher, test results are immediately referred to the state’s public health division and county health departments then conduct an investigation. The next step is to remediate the environment to contain lead, or, in some cases, to remove the child from a severely contaminated environment. The body eventually sloughs off lead after exposure, and children who eat diets high in calcium, iron and vitamin C recover more quickly, Cabot said.

More than 50 percent of lead poisoning cases are attributed to contamination in the home environment, Cabot said, and Tuesday the county announced that the two PPS students – of more than 500 tested in recent weeks – who showed elevated blood-lead levels were later revealed to have been exposed to lead at home. Renovation, repair and re-painting can all increase the risk of lead exposure, he added.

Jefferson is one of just two high schools in the state of Oregon with a predominantly Black population, and nationwide, African American children are much more likely to experience lead poisoning than their White counterparts, often due to neglect of public housing and school structures. Last year and earlier this year the city of Flint, Michigan, a majority-Black city where 40 percent of people live in poverty, saw an epidemic of lead poisoning cases that began when the state of Michigan changed the source of the city’s water supply. The new, more corrosive water eroded pipes in the city’s plumbing, leaching lead into the drinking water.