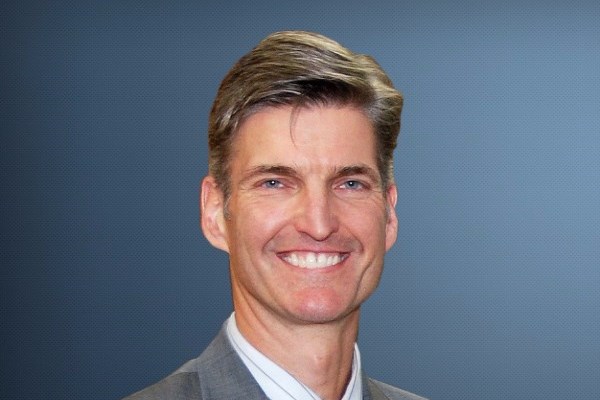 The Albina Ministerial Alliance Coalition for Justice and Police Reform wants the Portland Police Bureau to hire more African Americans to its command staff, and is calling the demotion of assistant chief Kevin Modica “a step backward” for police reform.

Last week Chief Larry O’Dea – a Portland Police Bureau veteran who was sworn in as chief at the beginning of 2015, and now faces three investigations connected to a shooting incident in eastern Oregon – announced his retirement and Mayor Charlie Hales announced Captain Mike Marshman would fill his spot.

Upon taking the oath of office last Monday, Marshman announced a host of leadership changes in the bureau – including the demotion of three assistant chiefs to captain and the elimination of one assistant chief position.

Among those demoted was Kevin Modica, the highest ranking African American in the department. Modica served as assistant chief in charge of outreach – a position O’Dea created and Marshman eliminated – starting at the beginning of O’Dea’s tenure as chief.

“The demotion of Assistant Chief Kevin Modica and the lack of African-American presence on the command staff or the assistant chiefs is a ‘step backward’ to creating a leadership team that will be effective, relevant and embracing of the vision of the 21st Century Community Policing,” said the AMA’s statement.

“We are living in a critical time in Portland and our nation,” the statement continues. “A time in which cities across America, as well as the city of Portland are ‘crying out’ for police accountability. Uprisings have erupted through major cities; gang violence has intensified particular in Black Communities. The failure to have an experienced, relevant African-American voice in an assistant Chief of Command level is a detriment to the welfare of the city.”

The AMA formed during the 1960s civil rights movement and in recent years has worked actively on the Department of Justice’s 2012 settlement with the city of Portland, which recommended a host of reforms to improve relations between police and residents and reduce excessive force.

"I met recently with the members of the Albina Ministerial Alliance and talked to them about their concerns,” Marshman said in an e-mailed statement to The Skanner. “I want to assure the community that careful thought when into the reassignments of Bureau personnel.  Both Captain Kevin Modica and Captain Vince Elmore continue to serve as commanding officers. I specifically assigned Captain Modica to the Youth Services Division because it plays such a tremendous role in building community trust and relationships, especially with youth and families. I also assigned Captain Elmore to North Precinct, an integral role in our community and patrol operations. I am fully committed to continuing the Bureau's diversity efforts, especially regarding our hiring and promotions process."

PPB spokesperson Pete Simpson also noted that currently there are two African American members of the command staff: Modica and Captain Vince Elmore, and said the community services branch was removed as Marshman felt it siloed the bureau’s efforts at community engagement, rather than making them “universal and embedded in everything that we do and in every unit and precinct.”

“We need someone with integrity and hopefully not intimately involved with PPB’s existing culture.  A person of color or anyone else would need to have a record of fairness and transparency,” said a statement issued by Don’t Shoot Portland, an anti-violence group formed in 2014 which has been critical of policing practices in Portland.

Marshman is also under scrutiny this week in light of revelations about a 2006 altercation involving his former stepson.

The bureau received two anonymous complaints in 2006 alleging Marshman had abused the son of his then-wife. A detective’s report from the time notes that photos were taken that showed thumb and fingerprints on the neck of the child, who was 16 at the time, and indentations on the wall – but the bureau no longer has those photos. Marshman’s ex-wife told The Oregonian she learned he had grabbed her son by the neck and slammed him against the wall.

On Tuesday night he released a statement saying he regrets the incident, and has directed the bureau to release the file relating to the investigation, as well as his full personnel file.

AMA chairperson Dr. LeRoy Haynes, Jr. told The Skanner both Mike Reese and Rosie Sizer – Portland Police Bureau’s last two chiefs – had all-White command staffs. The new group of assistant chiefs includes Chris Uehara, who is a Pacific Islander, and Matt Wagenknecht and Mike Leloff, both of whom are White. Haynes said Modica is well known in the community and in recent years has been a “steadfast person who was able to listen and get the right information to the bureau and the community.”

Modica and the three other assistant chiefs who served under O’Dea face an internal investigation amid allegations that they knew the chief was involved in an accidental shooting in eastern Oregon at the end of April, but failed to disclose what they knew to the city auditor’s Independent Police Review Division. In May reporters discovered O’Dea had accidentally shot a friend in the back, but had initially told investigators his friend had somehow shot himself.

Donna Henderson, who had served as assistant chief under O’Dea and was promoted to interim chief after O’Dea was placed on administrative leave, was one of those facing investigation until she abruptly announced her retirement last week. This week she was quoted in The Oregonian as saying O’Dea told all four assistant chiefs April 25 – four days after the shooting – that he had been involved in a shooting incident and his friend was injured, but also that he had led them to believe that he was cooperating fully with Harney County Sheriff’s officers as well as internal investigators.

According to data published by the Oregonian in April, just 13 percent of Portland Police Bureau officers identified as racial minorities, compared to 28 percent of the city’s population.