Crowdfunding Olympic Dreams has its Limits 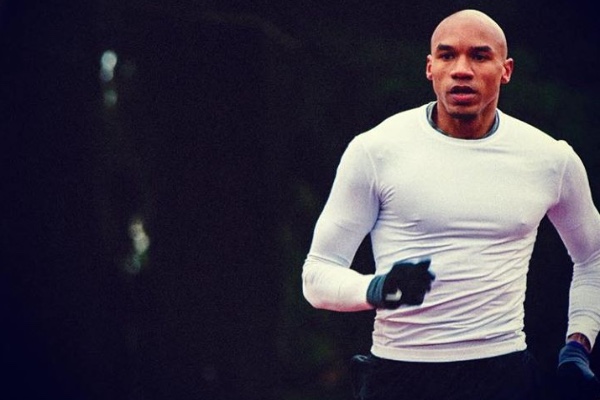 PORTLAND, Ore. (AP) — Like a lot of Olympic hopefuls, Korey Thieleke needed a way to pay help for his training. Things as basic as shoes add up for track athletes who don't have endorsement deals.

Thieleke, a promising sprinter who wanted a shot at the 400 meters at the U.S. Olympic Trials, figured he'd try raising funds online, which was hailed as a self-starting solution after the 2014 Winter Olympics. If he was able to raise enough, he could focus solely on pursuing his dream.

He found that online fundraising can be just as challenging as more old-fashioned methods.

"A lot of athletes who were training for the Olympics did start one, but they weren't always successful. You definitely appreciated the support, even if it was just a few thousand dollars, like ours," Thieleke said. "But we saw people who were asking for like $10,000, and that's enough where you can pay for plane tickets to meets and hotels, you can take care of all of that. But not everybody gets there."

The U.S. Olympic team is not supported by the government, like many of the teams from other nations. As a nonprofit organization, the U.S. Olympic Committee depends on private donations and sponsorships to support its sports and athletes.

Hopefuls can get stipends, which also are distributed by the national governing bodies for individual each sports, but in many cases only the top athletes — those most likely to medal — receive them. Other forms of support, like health insurance or access to facilities, are also available, said Jon Mason, associate director of communications for the USOC.

Elite athletes, like swimming's Michael Phelps and track's Allyson Felix, also have lucrative endorsement deals. Others aren't so lucky — especially those athletes in sports that don't get much national attention outside of the Olympics. The Santa Clara Aquamaids club, which has sent scores of synchronized swimmers to the Olympics, runs its own bingo hall to financially support its competitors.

Crowdfunding became a promising avenue for athletes in the months leading up to the Sochi Games. Athletes turned to general sites like GoFundMe and Kickstarter, while other sites, like RallyMe and Pursu.It , focused only on fundraising for athletes and teams.

Speedskater Emily Scott saw the stipend from her federation cut from nearly $2,000 to $600, and the situation became so dire she applied for food stamps. But after she went public with her plight, she raised $48,000 via GoFundMe in seven days.

Some athletes headed going to Rio have seen similar success. Freestyle wrestler Kyle Snyder has raised more than $25,000 through his GoFundMe appeal to help his family travel to Rio, $5,000 more than his goal. Snyder's campaign is unusual in that he's a student at Ohio State, so under NCAA rules he can't accept gifts from professional sports organizations, agents and school boosters.

"I've been really lucky," Snyder said. "I have a big family, my mom is one of 11 siblings, and my dad knows a lot of people, so I think spreading the word helped. And using social media correctly helped as well. I have a pretty decent amount of Twitter and Instagram followers so I was able to tweet it and Instagram it and there were a lot of people who shared it. And Facebook, too, I was able to get a lot of support that way. And then Ohio State — a lot of people support the university. So it was kind of the perfect storm."

This week the 94 GoFundMe campaigns aimed at training or travel to Rio by athletes and their families — contained in a "Road To Rio" group on the site — have raised just under $420,000. The numbers include athletes who compete for other nations.

Those in the industry agree that athletes need a compelling story to reach potential donors. Fencer Ibtihaj Muhammad has raised more than $10,000 to help send her family to the games . She's drawn attention as the first Muslim-American Olympian to compete for the United States in a hijab.

"For the vast majority, it's a tough road," Mason said about crowdfunding. But he points to the success of RallyMe. The U.S. Ski and Snowboard Association reports that member athletes and clubs from around the nation have collectively raised more than $1 million via the site.

Bill Kerig, founder and CEO of RallyMe, said athletes need to understand that crowdfunding doesn't mean donors will instantly come rushing to their aid. Success depends on a lot of factors, including the time and effort that an athlete puts into it.

"There is no magic. They (athletes) have to think of it from a business perspective. They have to raise an army that's with them year in and year out. It's not just, 'Hey, it's an Olympic year, let's go raise money," he said.

Thieleke wasn't at the level where he qualified for a stipend or a company's endorsement.

He was a basketball player for the University of Portland, but as a fifth-year senior, he was surprisingly successful at the 400 meters, breaking school records and qualifying for the NCAA championships and the U.S. championships after just a few months of training. Coaches suggested that he had a realistic shot at the Olympic A standard, which would qualify him for the Rio Games if he were to place in the top three at the Olympic Trials in Eugene, Oregon.

Thieleke started an online campaign but raised just $2,680, far less than his modest goal of $6,500. He tried to balance training, working and fundraising, but it wasn't working. His times weren't improving.

So he recently took a full-time job with Nike. While he hasn't given up totally on track, for the moment he's thrown himself into his new career. He'll be at the Trials next week with the company.