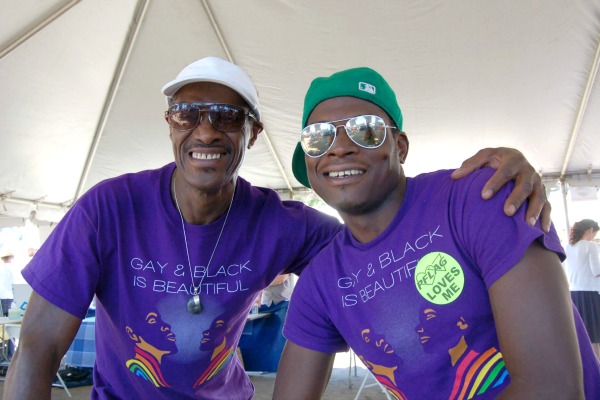 All this week, PFLAG Portland Black Chapter will host events for Black Pride throughout the Portland area. The festival is a celebration of queer, lesbian, gay and transgender people of color and their families and friends.

The Skanner News spoke with the organizers of the events who say Portland Black Pride is needed now and more than ever after the events of the Orlando Pulse nightclub mass shooting.

On June 16, Omar Mateen killed 49 people inside the gay nightclub before being killed by the Orlando Police Department. The massacre is the deadliest civilian mass shooting in the history of the United States and has been denounced as both an act of terrorism and a hate crime.

Zola Ngcobo, one of the volunteers of the Portland Black Pride events, said Black Pride will be a way for Portland’s queer community to come together and support the victims in Orlando.

“It is important for us as the LGBT community to stand in solidarity with our brothers and sisters down in Orlando just to show them that we are here, that we are with them,” Ngcobo said.

Ngcobo told The Skanner News that being Black and gay is a “double-edged sword” in terms of discrimination, and that Black pride is a way to celebrate despite these daily challenges.

Khalil Edwards, the Black chapter co-director, said the racial violence aspect of the Orlando mass shooting has been largely ignored by mainstream media. Ninety percent of the people killed at the Pulse Nightclub were either Latino or of Latino descent, 23 victims were from Puerto Rico. Nearly one-sixth of the victims were Black.

“A big part of the story that is not being talked about, is the fact that this was Latin night [at Pulse] -- this was advertized as a night for LGBTQ people of color, specifically Black and brown folks from the LGBTQ community,” Edwards said.

Edwards hopes the tragedy will bring about a larger conversation about violence against queer people of color.

“Folks that are LGBTQ people of color face tremendous violence and are not always safe or celebrated in their communities,” Edwards said, adding that transgender women of color face “alarming rates” of violence.

In November of 2015, the Human Rights Campaign in partnership with Trans People of Color Coalition released a report documenting violence against transgender people. In 2015 there were more transgender homicide victims that year than in any year on record; 21 people were murdered -- nearly all of them were transgender women of color.

The 2014 Federal Bureau of Investigation hate crime statistics list racial prejudice as the top single reason victims were targeted for a hate crime, with the majority of racial bias -- 62.7 percent -- against African American people. Sexual orientation was the second largest reason for victims to be targeted.

Edwards said that Black pride events will be celebratory and will create safe places to celebrate black and queer identities. There will be an “Ol’ Skool” Spades and Bones tournament, a dance party fundraiser at the Dig A Pony Bar, a twerking dance competition and more. A full events list can be found on the Portland Black Pride Celebration Facebook page.

Ngcobo said these Black Pride events were what helped them feel comfortable in their own skin and gave them the courage to come out to their family. Tyree Tabb-Elliott, another volunteer with Black pride said the events gave them a venue to share their life with their family.

Tabb-Elliott said family members often come to many of the events, but the Families of Color Day Out picnic was especially important to bring everyone together. Tabb-Elliot said friends went out and made t-shirts in support of their marriage. Tabb-Elliott’s mom looks forward to the barbeque every year.

It was this community and familial support that made Tabb-Elliott feel like they could be fully their self, open to their family and happily married for five years.

“Black Portland pride is a part of me and I am going to always support it and always be a part of it,” Tabb-Elliott said. “Even if I am a million miles away, I am still going to have something to do with Portland Black Pride.”