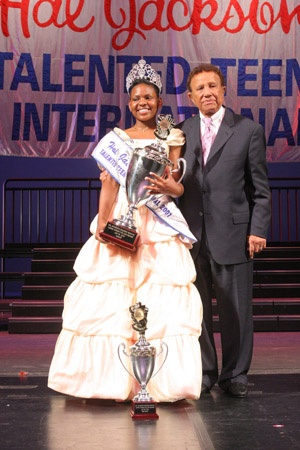 King County Executive Ron Sims will salute Ms. Naomi Rahn, newly selected winner of the International Scholarship and Talented Teen Competition, as she departs for London, England.
Rahn, a 15-year-old dramatist, represented Hal Jackson's Talented Teens of Washington in the International Scholarship competition held in New York City.
Competing against over 30 talented scholars from around the world during the international competition, Rahn held the audience spellbound as she masterfully performed "My Real Father." Initially selected by the noted judge panel as "Most Talented" after landing in the top 10, the 2007 winner said, "I was in total shock and could not believe that I had won!  This is the best thing that has happened to me, and I look forward to representing talented youth from across this world!"
In its 37th year, this international scholarship program promotes culture and education through the performing arts, showcasing the intelligence and talents of girls 13 to 17 years of age from programs throughout the United States and several foreign countries. Previous winners or participants of note include Jada Pinkett Smith, Vanessa Williams, national broadcaster and previous local news personality April Wilson Woodard, Sheryl Lee Ralph, Judge Tanya R. Kennedy, and countless others with similar success stories.
Sims has been an avid supporter of Washington state's scholarship program over its 22 year history, presenting personalized keepsakes and acknowledgements of scholastic achievement to more than 300 competitors, and more recently serving as one of the final competition's emcee. The program emphasizes education, community involvement, and intercultural awareness. It is open to teen girls and supports their performing arts gifts as platforms for attaining secondary educational goals.
Rahn will begin her foreign tour on Thursday, Aug. 23. Stops will include Paris, the U.S. and British Virgin Islands, as well as other locations.