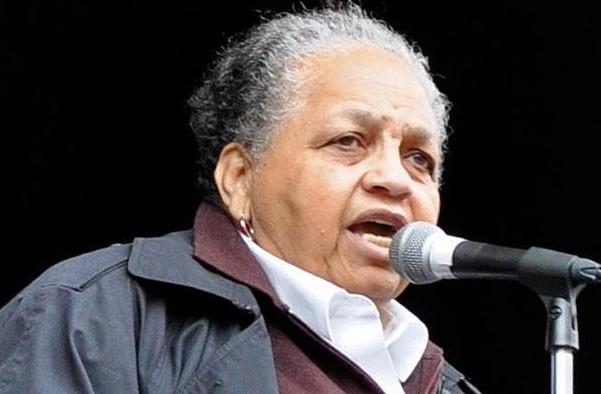 Kathleen Saadat announced Tuesday that, effective at the end of June, she is resigning her position as community liaison and chair of the Community Oversight Advisory Board.

The board is tasked with overseeing police reforms required by the Department of Justice’s settlement with the City of Portland after a DOJ investigation found a pattern of excessive force deployed by Portland police, particularly against people with mental illness.

Saadat stepped into the role last summer following the resignation of retired Oregon chief justice Paul De Muniz. Like De Muniz, Saadat was the only key member of the Compliance Officer/Community Liaison team based in Oregon. Dennis Rosenbaum and Amy Watson, two researchers associated with the University of Illinois at Chicago, head up the COCL team, though there are other support staff based in Portland.

She submitted the following message as a PDF attached to a list of undisclosed recipients, including The Skanner News, Monday morning.

“Effective June 24, 2016, I am stepping down as Community Liaison and Chair of the Community Oversight Advisory Board. This has been a truly worthwhile time for me. I know a lot more about the world than I did when I came into this position. Thank you for being my teachers.

“I of course want you, the Portland COAB to go forward and reach the highest of heights and be the most amazingly wonderful COAB there could possibly be, because you are the best and because, as Senator Gordly said last week, “the City needs us”.

“The City will always need thoughtful, committed, tenacious and inspired folks to help it grow into its ever expanding potential. I believe in the power of people and I believe in the Portland COAB’s ability to help shape the future of policing in the City of Portland. Thank you for the things you do to make our City better and for the past year of working together.

“KEEP ON KEEPING ON

This story has been corrected from an earlier version.