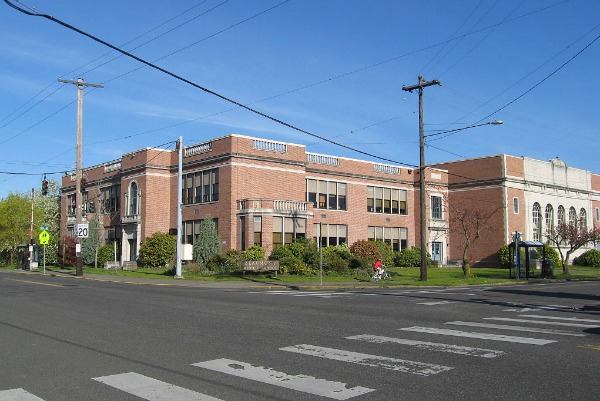 Portland police last week handcuffed and arrested a 12-year-old girl in the ofﬁce of Beaumont Middle School -- two weeks after an alleged ﬁght between her and another student.

Police said the other student’s family ﬁled charges of misdemeanor assault against the child, which were referred by the Multnomah County District Attorney’s Office and they were forced to arrest her.

The unidentified child was taken to the Donald E. Long Home, the county’s only juvenile detention center.

Multnomah County is currently facing scrutiny for recent use-of-force statistics showing Black inmates in county facilities are far more likely to face violence from sheriff's’ deputies, especially when they are first booked into a correctional facility.

Neither the child arrested last week nor her family has been publicly identiﬁed and the family’s race has not been disclosed.

The incident is reminiscent of the last time the police arrested a child. In that case an African American nine-year-old was arrested on her porch in her bathing suit almost a week after an alleged conﬂict she had with another student at an after school program.

The story was first reported by the Portland Mercury.

"They put the handcuffs on her," the girl's mother, Latoya Harris, told the Mercury. "And everybody saw my daughter get perp-walked to the car. What stood out was the expression on my daughter's face. The fear and the sadness. We still have to see these officers in our community."

The outcry after that incident forced Portland Police ofﬁcials to create a policy that they would only arrest  children age 12 or older – like the child they arrested last week.

Police say that now they only arrest children aged 12 years and older if they get “special permission” which can only come from the  Multnomah County District Attorney’s Office and a judge.

In the current case, spokesperson Pete Simpson told a reporter the girl lashed out physically as ofﬁcers were trying to handcuff her. Simpson told The Oregonian, "For lack of a better term, she chose to have a tantrum."

Simpson told the newspaper that "mom was very much like her daughter," as ofﬁcers prepared to drive the daughter to the detention center.

Portland police and Portland public schools ofﬁcials have arrested, shot or tasered several children and teenagers over the past 15 years. The circumstances vary widely.