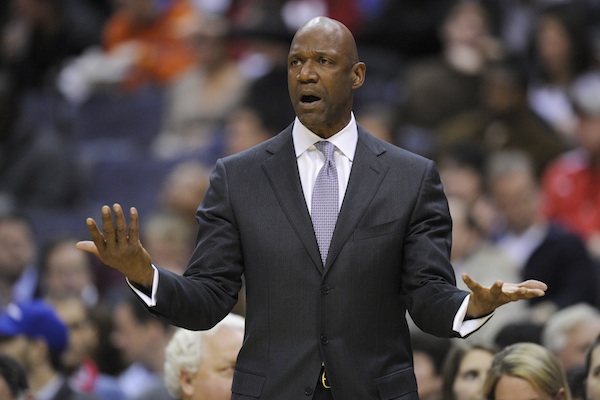 Porter will be introduced as the team's coach at a campus event on Tuesday, the school announced Friday night.

"I have been blessed to coach at the highest level in the NBA, but college has always intrigued me because of the impact that my college coach, Dick Bennett, has had on my life," Porter said in a statement.

"To now have the opportunity, in my hometown of Portland, to impact other young men's lives is phenomenal and to be able to do so at a prestigious academic institution means a lot."

He will replace Eric Reveno, who was dismissed last month after 10 years with the Pilots.

Porter played for the Blazers from 1985-95, anchoring a team that went to the Western Conference finals three times from 1990 to 1992 and to the NBA Finals twice.

The starters on that team were Porter, Clyde Drexler, Jerome Kersey, Buck Williams and Kevin Duckworth, but the group would never win a title.

In 1990, the Blazers lost to the Detroit Pistons, and in 1992 they couldn't overcome Michael Jordan and the Chicago Bulls.

Porter also played for the Timberwolves, the Heat and Spurs over a 17-year NBA career. A two-time All-Star, he averaged 12.2 points, 5.6 assists and 1.2 steals a game.

Porter was head coach of the Milwaukee Bucks for two seasons from 2003-2005, for the Phoenix Suns during the 2008-09 season. He had stints as an assistant coach in Minnesota, Sacramento and Detroit.

"Terry has proven that he is a man of high character and integrity with a competitive drive that will translate well to this new opportunity," Portland Athletic Director Scott Leykam said.

"We want the city of Portland to embrace us and get on board with an exciting new chapter of Pilot Basketball."

Porter was the 24th overall pick by the Blazers in the 1985 draft out of Wisconsin-Stevens Point. He remains Portland's career leader in assists (5,319) and is its second-leading scorer (11,330). He made a franchise-leading 773 3-pointers on 2,006 attempts.

During his tenure with the Blazers, he averaged 14.9 points and seven assists. He had eight triple-doubles.

Once asked by The Associated Press to describe his strength as a player Porter replied: "toughness, probably. A will to win."