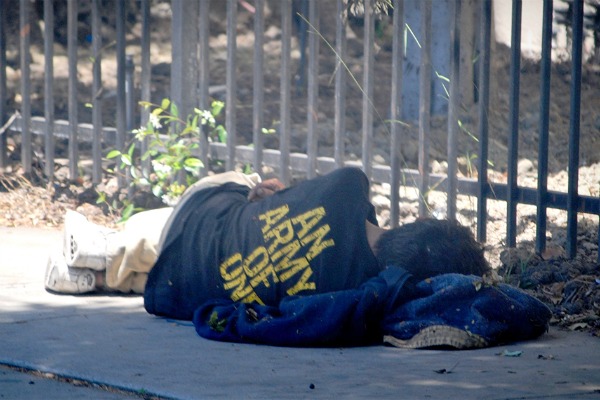 Housing activists shut down the Gresham City Council last week, protesting the closure of a major illicit outdoor camping area in a city that has very few homeless shelters.

Seven people were arrested last Tuesday and charged with disorderly conduct after testifying before the Gresham City Council on the housing Issue.

“I can tell you this,” one man told city leaders, “when you make things hard on the homeless you make them desperate — and then you do have community problems when people are desperate. Desperate times call for desperate measures, you can’t just shift it off on Portland or ship them off to Utah or someplace else.”

Another man told the Gresham City Council about his personal concern regarding homeless veterans. He described his project of renovating two East County buildings into a single-room occupancy hotel that could house 178 people — technically all the homeless people in Gresham, according to the bi-annual count which many people consider to be far too low.

“They’ve put out that all the veterans have found housing — they haven’t,” he told the Gresham commissioners.

Gresham officials say they are trying to catch up with help from Multnomah County, which is investing $130,000 in new services through the A Home for Everyone program.

They also plan two-person crews called "clean teams" who, Gresham officials say, will clean up dirty campsites as well as offer services to people trying to get off the street.

The emergency rules have been triggered by the lack of affordable housing across the metro area; an estimated 2000 people sleep outside in Portland every night.

Hales’ chief of staff Joshua Alpert did not respond for a request for comment. The new plan is his brainchild and is built around four basic strategies:

Portland has also made available a gigantic shipping container for houseless people to store their belongings during the day.

And lastly, Portland’s plan offers a one-point-of-contact complaint system that gives the city flexibility in tracking complaints about the campers and compiling that info for analysis.