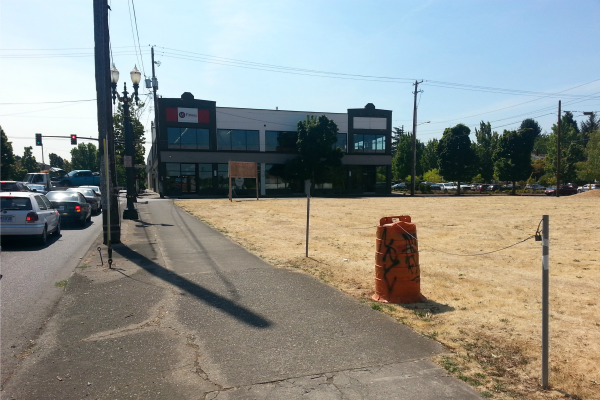 A new vision is emerging for the development of North and Northeast Portland -- that includes a bustling commercial corridor hosting African American businesses. The streets would be home to soul food restaurants, hip-hop and jazz nightclubs and emerging Black-owned technology companies.

And what is the foundation of this vision? Commercial property ownership.

BICEP, the Black Investment Consortium for Economic Progress, has developed a plan to reclaim the area  as an economic hub for Black-owned businesses. The strategy, dubbed the SOUL District, would be a targeted set of property developments connecting and showcasing minority businesses.

Carl Talton, president of BICEP formation board, said it is very important to control the economics of the community through the acquisition of property.

“Commercial property in many ways dictates the lifeblood of the community,” Talton said.

Talton is a long-time resident of Northeast Portland and a Jefferson High School Graduate. He worked as an executive at Portland General Electric and Pacific Power and Light. Most recently he was chair of United Fund Advisors, which provides investment capital and advisory services for community development and renewable energy projects.

The group also has venture capital expertise with Stephen Green,  the community director at Elevate Capital, as well as business incubation insight from Dwayne Johnson, deputy director of Innovate Oregon, and the community activism experience of Charles McGee from the Black Parent Initiative.

This new proposed SOUL District is an area that spans from Interstate-5 to NE 7th Avenue,  and from Broadway to Northeast Rosa Parks Way. It would encompass the Humboldt, Boise and Eliot neighborhoods.

Talton says the group has a contract with the Portland Development Commission to create a substantive plan. The group aims to focus on community cultural offerings, such as ethnic food markets and Black-owned entertainment venues, as well as emerging technology companies.

The combination would bring together the past identity of Northeast  Portland community with the future projected job growth in Portland technology.

Plans for the SOUL District business development include collective co-working spaces called "The Bridge," sponsorship of Black entrepreneurs at events like “Pitch Black.” The group would also like to create a pipeline of future technology workers, through science, technology, engineering, art and math youth workforce development.

A draft report from the SOUL District website lists four strategies to pursue to make the district a reality:

The group is now working with the research firm DHM Research to conduct a business and community survey. Talton said they wanted input to connect with other community builders and to get a sense of what people would want from the SOUL District.

Interested community members can visit http://www.souldistrictpdx.com/ to take the survey.

Talton says the community is running out of time to secure commercial properties for Black-owned businesses and it is “getting less possible every day.”

“If we don't anchor now we are going to lose all the opportunities,” Talton said. “The same thing will happen that happened with housing, they'll all be gone.”

The SOUL District report suggested using available land on Martin Luther King Jr. Boulevard for these Black business commercial properties. The report said that most of the development over the last 20 years has been affordable housing projects.

Talton said this strategy takes on gentrification through the economy -- that there has to be good paying jobs and thriving businesses at the foundation.