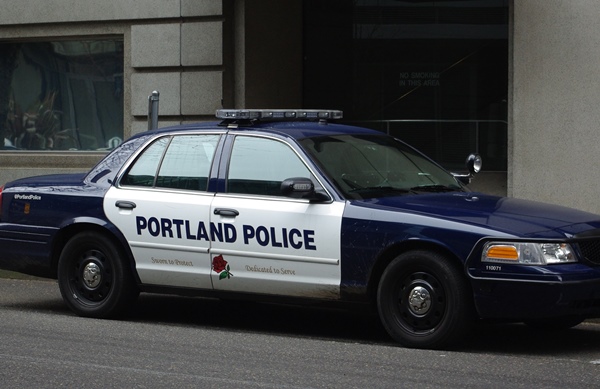 Attorney General Loretta Lynch came to Portland last week to talk about what local law enforcement is doing right – but faced questions about the ongoing Department of Justice settlement with the city, as well as her agency’s handling of the Malheur standoff earlier this year.

Lynch’s visit was the second stop on six-city tour of cities that each demonstrate one pillar of effective 21st-century policing as described in a report released by a Presidential task force last year. Lynch’s visit singled out Portland as an exemplar of “community policing and crime reduction,” with other cities on the tour being honored for other pillars in the report: building trust and legitimacy (Miami, which she visited last month), training and education and officer safety and wellness.

At a Thursday morning press conference at the Boys and Girls Club on Martin Luther King, Jr. Blvd., Lynch acknowledged that even as the DOJ honors Portland for exemplary policing practices, the city has yet to complete the work set out for it in the U.S. vs. City of Portland agreement in 2012. That settlement identified a pattern of excessive force against people with mental illness. Lynch said even though Portland’s work isn’t done, she wanted to commend the city for the progress it has made in increasing trust between police and the community.

Lynch took questions from local media just after visiting George Middle School in North Portland, where she saw two officers teaching a Gang Resistance Education Training Program to a class of sixth-graders – one of a collection of efforts she said increases trust between youth and officers at a critical age.

“We not only must work for justice in this day but work on the root causes of injustice as well,” Hales said. Hales said despite overall reductions in crime rate, the rate of violence considered gang-related is now up.

Lt. Tasha Hager, who heads up the Portland Police Bureau’s behavioral unit, said the department is working with communications agencies to identify which calls do not need to be referred to police, instead transferring them to the Multnomah County Crisis Line.

At the press conference, Lynch fielded questions about staffing shortages in the bureau as well as a number of questions about the DOJ’s handling of the Malheur standoff.

“Every case is different. We always respond to circumstances individually,” she said of the DOJ’s slow response to the occupation of the Malheur National Wildlife Refuge by armed militants, the vast majority of whom were White and identify with the right-wing patriot movement. She said the department was proud the 41-day standoff ended, for the most part, peaceably.

“We’re actively very encouraged with Portland’s progress,” Lynch said of Portland’s progress on the DOJ settlement, in response to a question about the consequences should the city fail to meet the requirements.  The settlement agreement – which anticipates that the city will have complied with all major portions of the agreement by October 2017  -- says the city may be under federal supervision for a longer period of time if it fails to meet the requirements. It also says the parties involved in the agreement may ask that the city be allowed more time to address violations.

A September 2015 Compliance Status Assessment Report said the city was in “partial compliance” with most requirements of the settlement. Specifically, the report said the bureau is noncompliant with a few specific requirements, notably in the area of data collection on use of force and policies preventing retaliation against those who report misconduct. The report also notes while there is evidence the police bureau has changed the way it deals mental health calls, the city has not actually provided documentation proving a change in its policy.

A day prior to Lynch’s visit, she was scheduled to attend a Community Peace Collaborative meeting but didn’t make it. That meeting ended up adjourning early after a heated discussion about a recent report on the overrepresentation of African Americans in Multnomah County’s correction system.