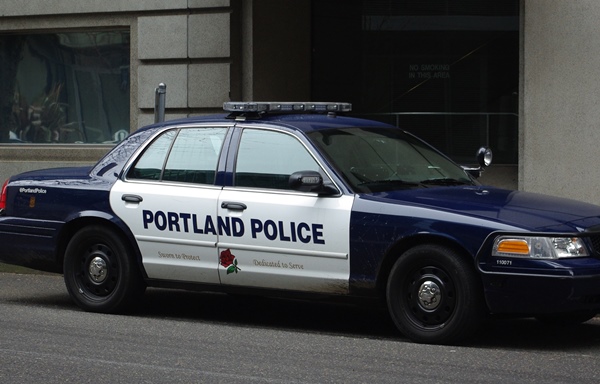 Have you experienced racial proﬁling recently while driving in the state of Oregon?

The Oregon End Proﬁling Act – passed last year – has rolled out a series of reforms including a place you can ﬁle a complaint about your experience online anytime of the day or night, in ﬁve different languages.

That information won’t be used to discipline officers but rather to study ways to minimize racial profiling, advocates say.

It's all part of an effort to drill down into the issue and eventually, create policies to combat it.

“What’s really unique is that we have data collection, and that will really help us in the long term create a picture of profiling so we can see who that was, what were their identities and what was the outcome of that stop,” says Adrian Martinez of the Center for Intercultural Organizing.

“Anybody who thinks they have been profiled – if you or someone you know, you love, your neighbor has experienced profiling from law enforcement  — whether it’s police or sheriffs or campus security, you should file a complaint.”

The data review committee is currently chaired by Attorney General Ellen Rosenblum and is made up law enforcement officers, lawyers, advocates and community members. The Center for Intercultural Organizing’s executive director, Kayse Jama, also sits on the committee.

The panel was originally created in 2001 by the state legislature to study proﬁling statistics and issue reports; it has intermittently released statistics since 2005.

The committee has reported on stop data as well as public perception surveys about law enforcement in Oregon.

In its initial report in 2005, the LECC said 21 percent of African American respondents reported being stopped by police two or more times within the previous year, compared to only 6 percent of other respondents from the same geographical area.

That year 73 percent of African American motorists surveyed said they had been stopped for reasons other than what the cop told them. That year’s report indicated African American drivers believed police were becoming less fair over time.

Still working its way through the state legislature right now is HB 4003, which extends the Law Enforcement Policy Profiling Work Group to July of 2017. It would require the group to prepare a report to the legislature by the end of the year.

They began meeting in September of 2015, specifically charged with creating recommendations for the legislature on identifying and stopping patterns and practices of profiling by law enforcement.

“This bill would extend that time up until July of 2016 this year and we would be able to get a report at the end of the year of the data we are collecting,” Martinez said.

“So it’s really great we have community voices at the table with the attorney general, with the district attorney and law enforcement.

“We hope this will help build some trust at an important time in history.”

For more information on the Center for Intercultural Organizing visit http://www.interculturalorganizing.org/.