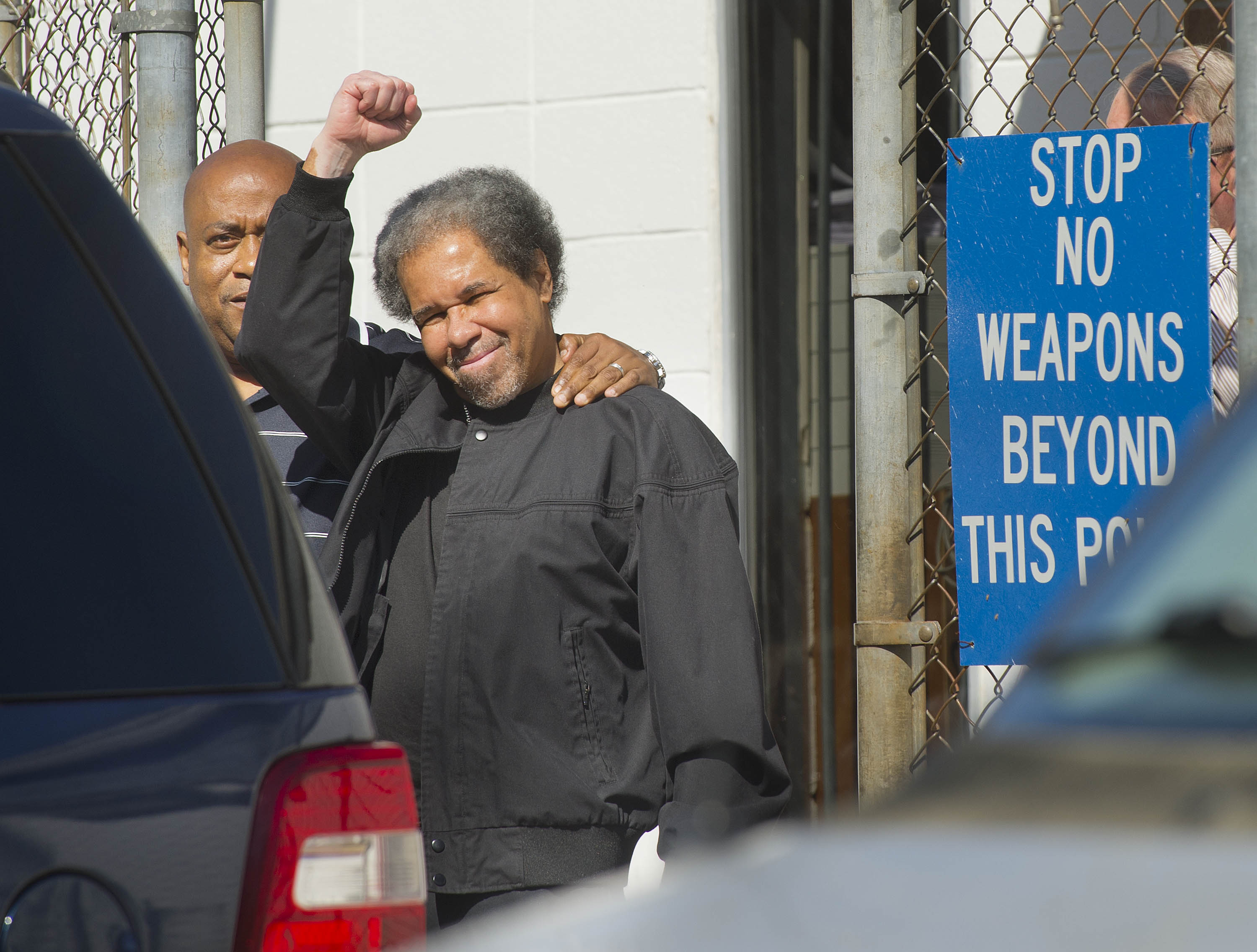 ST. FRANCISVILLE, La. (AP) — The last inmate of a group known as the "Angola Three" pleaded no contest Friday to manslaughter in the 1972 death of a prison guard and was released after more than four decades in prison.

Albert Woodfox and two other men became known as the "Angola Three" for their decades-long stays in isolation at the Louisiana Penitentiary at Angola and other prisons. Officials said they were kept in solitary because their Black Panther Party activism would otherwise rile up inmates at the maximum-security prison farm in Angola.

Woodfox consistently maintained his innocence in the killing of guard Brent Miller. He was being held at the West Feliciana Parish Detention Center in St. Francisville, about 30 miles north of Baton Rouge. He was awaiting a third trial in Miller's death after earlier convictions were thrown out by federal courts for reasons including racial bias in selecting a grand jury foreman.

Woodfox, who turned 69 on the same day he was released from custody, spoke to reporters and supporters briefly outside the jail before driving off with his brother. Speaking of his future plans, he said he wanted to visit his mother's gravesite. She died while he was in prison, and Woodfox said he was not allowed to go to the funeral.

As to whether he would have done anything differently back in 1972, Woodfox responded: "When forces are beyond your control, there's not a lot you can do. Angola was a very horrible place at the time and everybody was just fighting to survive from day to day."

In a press release earlier Friday, Woodfox thanked his brother and other supporters who have lobbied over the years for his release.

"Although I was looking forward to proving my innocence at a new trial, concerns about my health and my age have caused me to resolve this case now and obtain my release with this no contest plea to lesser charges. I hope the events of today will bring closure to many," he said.

He had been twice convicted of murder and pleaded guilty Friday to manslaughter and aggravated burglary.

At the time of Miller's killing, Woodfox was serving time for armed robbery and assault. Inmates identified him as the one who grabbed the guard from behind while others stabbed Miller with a lawnmower blade and a hand-sharpened prison knife.

The star witness, a serial rapist who left death row and was pardoned by the Louisiana governor after his testimony, died before the second trial.

Woodfox was placed in solitary immediately after Miller's body was found in an empty prison dormitory, and then was ordered kept on "extended lockdown" every 90 days for decades.

The other Angola Three inmates were Herman Wallace, who died a free man in October 2013, just days after a judge granted him a new trial in Miller's death, and Robert King, who was released in 2001 after his conviction in the death of a fellow inmate was overturned.

U.S. District Judge James Brady ordered his release in June and barred a third trial, saying the state could not try Woodfox fairly more than 40 years after Miller's death.

But the 5th U.S. Circuit Court of Appeals overturned Brady, setting up a third trial.