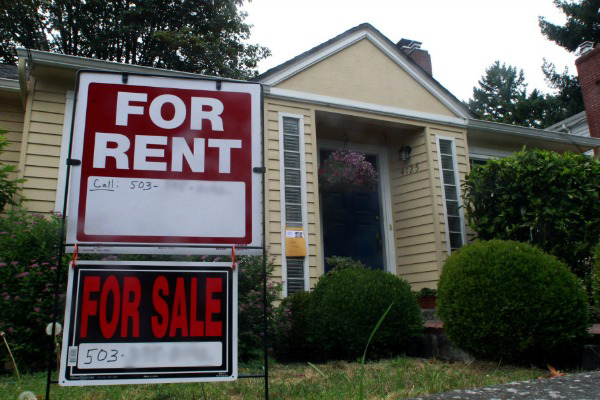 While working as a family advocate in a homeless shelter, Tyrone Poole would help homeless families qualify for rent assistance. He would find families vouchers and write award letters that would pay the cost of rent for a year.

But again and again, these families would leave the shelter without housing because they could not find an apartment to rent. They would blindly apply to units to be disqualified for credit histories, criminal backgrounds or eviction records. All the while spending limited funds on housing application fees.

Poole – who won this summer’s Pitch Black event for African American entrepreneurs in the Portland area -- said this was devastating to those who were trying to get their lives in order.

One day, Poole had a revelation to build a system that would match renters with qualified housing. Out of this idea, NoAppFee was born.

NoAppFee has grown from a local creation into a national database and has been getting attention from the tech industry. On Feb. 4, NoAppFee won the regional 1776 Challenge Cup in San Francisco. The 1776 Challenge Cup seeks out promising and transformative technologies.

The technology start-up will now advance to 1776 Challenge Global Cup which will be decided in June in Washington D.C. The winner of the global cup will receive $ 1 million, global brand exposure and support from a business incubator, according to Poole. 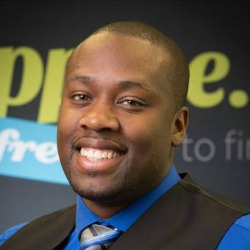 Housing is a very personal issue for Poole, who experienced homelessness after a work accident ended his career. During his training to be a firefighter, Poole suffered a fall which caused a debilitating injury. At a homeless shelter, he discovered how difficult it was for people to find housing, even if the rent was being subsidized.

“I lived at the YWCA homeless shelter and I couldn’t find a place to live -- even though I got a voucher from the YWCA to pay my rent for a year, I couldn't do it,” Poole said.

Poole said getting housing quickly is especially important for those receiving rental assistance. Transitional housing time limits and rent voucher expirations necessitate a faster rental process. Poole would like to see needy renters matched up with apartments the same day they got their award letters.

On Feb. 11, Portland mayoral candidate Ted Wheeler issued a Tenants’ Bill of Rights as part of his campaign platform. In the text, Wheeler endorsed NoAppFee as a tool to promote fair rental practices. Wheeler also supported the creation of a standardized rental application and background check for renters and landlords.

“Portland entrepreneurs are already lending their talents to affordable housing and tenants’ issues. Tyrone Poole recently won the 1776 Challenge Cup Regional in San Francisco for his site NoAppFee.com, which utilizes data and technology to promote equal access to housing. The city should be capitalizing on these innovations,” Wheeler wrote.

Poole has plans to expand NoAppFee into the single-family home rentals. Currently, the database covers only property management companies. NoAppFee pays to prescreen these companies to qualify to list on the site. Poole said this is to protect the data of their renters.

The company is now developing a tool for these landlords – a new score card that would tell them if the renters qualified for their standards. Poole believes this would match renters with landlords without sending sensitive data.

He said this would be a necessary next step for NoAppFee to have a major effect on the rental market, where more than half of the available rentals are through small, independent landlords.