Deputies on Leave After Shooting in Clackamas County 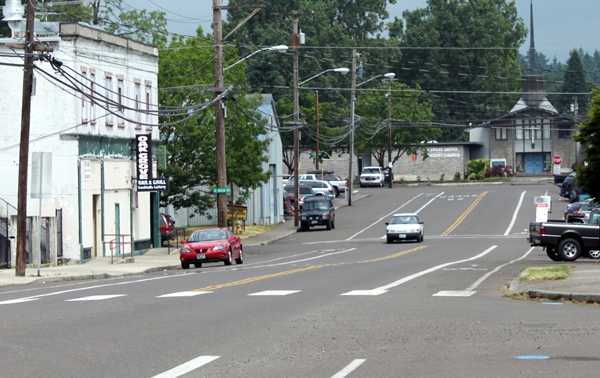 According to a press release from the Clackamas County Sheriff’s Office, two officers are on paid administrative leave after using force last Thursday against Kalonji. Sgt. Tony Killinger, who has been with the sheriff’s office for 15 years, and Deputy Lon Steinhauer, a 21-year veteran of the department, both apparently fired shots at the young man. The Oregon State Medical Examiner’s Office has told The Oregonian the exact manner of death is still under investigation and it’s unclear whether either officer hit Kalonji, but has said he died due to bullet wounds in the chest. One officer, Oregon City police officer Dan Shockley, was injured during the incident due to a fall from a ladder, but is expected to make a full recovery.

The Sheriff’s Office’s press release about the incident says Kalonji was armed with a rifle and that deputies heard one shot fired after Kalonji retreated to a bedroom.

The press release also states officers were called to the scene because Kalonji was threatening family members. Jennifer Semenova, a family friend who created a fundraiser for Kalonji’s funeral expenses, told The Skanner News that isn’t true.

“What I can tell you right now is that Chris did not threaten a single soul that day. In the articles about him it says he threatened family members. That is a lie,” Semenova told The Skanner via e-mail Tuesday. "Chris sat at his window unarmed, legs and arms out asking for everyone to get him help.”

The standoff took place at an apartment complex in Oak Grove, an unincorporated community in Clackamas County with a population of 16,629 residents.

According to Portland Copwatch, between 2010 and 2014 there were six incidents involving use of force in Clackamas County, with five of those involving the Clackamas County Sheriff’s Office and one involving the Oregon City Police Department. In 2010, the county and a deputy reached a legal settlement in connection with the 2005 death of Fouad Kaady, a 27-year-old Sandy resident who was unarmed, naked, burned and bleeding when officers shot him to death. In 2000, Clackamas County Sgt. Daniel McLean was convicted of assault, harassment and official misconduct after using a Taser against a disabled inmate.

According to Sgt. Nathan Thompson, public information officer for the Clackamas County Sheriff’s Office, the deputies involved in the shooting will remain on leave until the investigation is complete, and there isn’t a specific time line to determine how long that will take.

“There is no concrete time, like one or two weeks,” Thompson said. He said the Clackamas County’s Major Crimes Team is still compiling all the evidence to submit to the Clackamas County District Attorney, who will then make a decision about whether to send the case to a grand jury.

According to Clackamas County’s press release, at 7:35 a.m. the sheriff’s office sent deputies to an apartment complex in Oak Grove and, shortly after arriving, determined Kalonji was suffering a mental health crisis and called for the Behavioral Health Unit. Following a two-and-a-half-hour conversation, officers called the Clackamas County Special Weapons and Tactics team. The press release says Kalonji “brandished the rifle, resulting in deputies firing at the man,” after which Kalonji retreated into one of the bedrooms of the apartment.

The release doesn’t say precisely when shots were fired, but says at 3:45 p.m. Kalonji was safely taken into custody and transported to a hospital with gunshot wounds. At 7:30 p.m. the sheriff’s office updated the release to note Kalonji had died, though his name was not released until family overseas could be notified.

Thompson said the Behavioral Health Unit is staffed by clinicians, not deputies, and has been under contract with the sheriff’s department for about five years.