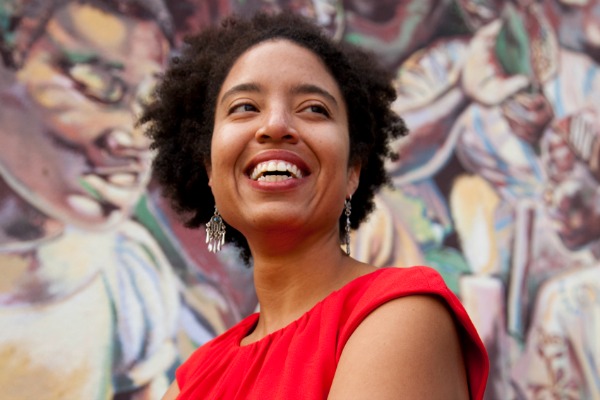 Pomona, CA—The Department of Urban and Regional Planning at Cal Poly Pomona has announced the winners of the 2016 William R. and June Dale Prize for Excellence in Urban and Regional Planning. Dr. Lisa K. Bates of Portland State University has won the Scholar Prize and Victor Verdugo of Homeboy Industries, Los Angeles has won the Practitioner Prize. Bates and Verdugo will accept their awards at a banquet on the Cal Poly Pomona campus on February 11.

The Dale Prize recognizes excellence in planning, and is made possible by an endowment from the late June Dale, wife of the late William R. Dale. Bill Dale was a founding faculty member of the Department of Urban and Regional Planning. He also served as Chair of the department and Dean of the College of Environmental Design.

Inaugurated in 2004, the Dale Prize focuses on a different planning theme each year. This year’s theme was Planning for Community Self Determination and Racial Justice.

Dr. Lisa K. Bates is an Associate Professor at Portland State University’s Toulan School of Urban Studies and Planning and is Director of the Center for Urban Studies. Dr. Bates pursues racial equity through scholarship and advocacy that empowers community activists and disenfranchised communities—along with planning scholars and practitioners—with the knowledge to create equitable housing policies.

She recently co-edited an equity-focused issue of the Journal of Planning Education and Research, served as co-chair of ACSP’s Planners of Color Interest Group and contributed to Portland’s Strategic Plan and Gentrification and Displacement Study. Dr. Bates holds a PhD in City and Regional Planning from the University of North Carolina at Chapel Hill.

Bates also received the inaugural Ed Sullivan Housing Advocate Award from Housing Land Advocates in October. According to Sullivan, Bates was chosen because her academic work and activism “provide much of the data on which the rest of the housing advocacy community bases its arguments.”