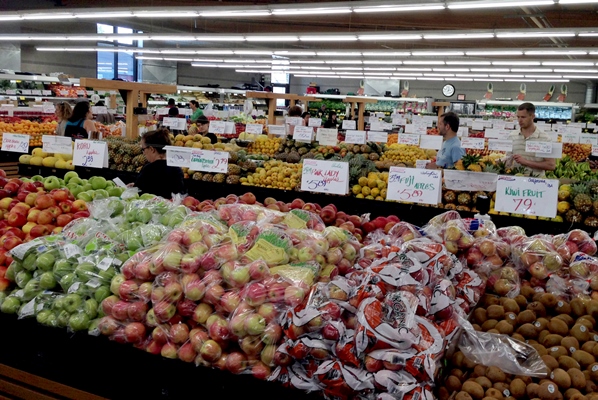 As of Jan 1, the clock started ticking for thousands of Oregonians who could lose their food stamps.

People in Multnomah and Washington counties will be placed under a time limit: they can receive three months of Supplemental Nutrition Assistance Program benefits once every three years.

They can continue receiving SNAP benefits if they work at least 20 hours per week and report to DHS. If they are not working or do not have a qualifying exemption, they will lose their food assistance as early as April 1, 2016.

Annie Kirschner, the program director for Partners for a Hunger-Free Oregon, said the new rule change will be devastating for those living in poverty.

“A lot of people will struggle and ultimately go hungry as a result of this,” Kirschner said.

The rule change will affect able-bodied adults without dependents between the ages of 18 and 49 who live in Multnomah and Washington counties, who earn less than $935.25 per month. Kirschner said these Oregonians are often the poorest of the poor, living far below the poverty line and on the brink of homelessness.

According to the Center on Budget and Policy Priorities, a left-leaning think tank, 82 percent of able-bodied adults without dependents receiving SNAP make less than $5,885 a year. The average income for this group is $2,200 per year, or 19 percent of the federal poverty level.

The new rules for the time limits for SNAP benefits are actually policies stemming from the Clinton-era national welfare reform law of 1996. The Personal Responsibility and Work Opportunity Reconciliation Act implemented time limits on assistance and workfare policies intended to move people out of poverty.

If the unemployment levels drop in other Oregon counties, they could face similar SNAP time limits in 2017.

Participation in workforce training also allows people to keep their food stamps, but states are not required to set up these programs. In 2015 only five states offered a qualified training placement to every non-disabled childless adult: Colorado, Delaware, South Dakota, Texas, and Wisconsin.

Kirschner said Oregon will not be able to guarantee thousands of jobs or job training opportunities; instead those people will most likely lose their SNAP benefits.

“The infrastructure isn't there to carry through on the stated value of trying to support people living out of poverty,” she said. “Instead it really is just creating further hardship for people who are already vulnerable.”

At the end of November the Oregon Department of Human services sent out 32,000 notification letters about the time limit and work requirements. DHS estimates that 9,600 SNAP participants will need to comply or lose their benefits.

Kirschner said if a person has received a notice or is afraid of losing benefits, that person should contact DHS immediately, preferably before the time limit begins on Jan 1.

The phone number for the Multnomah County DHS is (971) 673-2422. For Washington County it is (503) 693-4769. These phone numbers will go to SNAP specialists who can help people keep benefits if they have qualifying exemptions.

These exemptions include pregnancy, disability, going to school half-time, participation in a drug treatment program, receiving unemployment and working over 20 hours a week.

The law also allows people to continue receiving benefits if they are volunteering 20 hours a week. Kirschner said the state is currently trying to set up formalized volunteer locations, but there are no placements ready right now.

Partners for a Hunger-Free Oregon are also reaching out to homeless providers, mental health and health care providers as well as social service agencies. They are urging them help their clients work with DHS SNAP caseworkers to maintain their benefits.

Kirschner said the whole social service community in the Portland area will be affected by the loss of SNAP benefits to the thousands of people in Multnomah and Washington counties.

Partners for a Hunger-Free Oregon are also encouraging Oregonians to contact their federal legislators to urge them to repeal the 1996 food stamp time limit. Kirschner said that the intent of the law was to help people out of poverty, but the results of the rule push people farther into hardship.

“It's not okay for anyone in Oregon to experience hunger,” Kirschner said. “This law needs to be changed.”