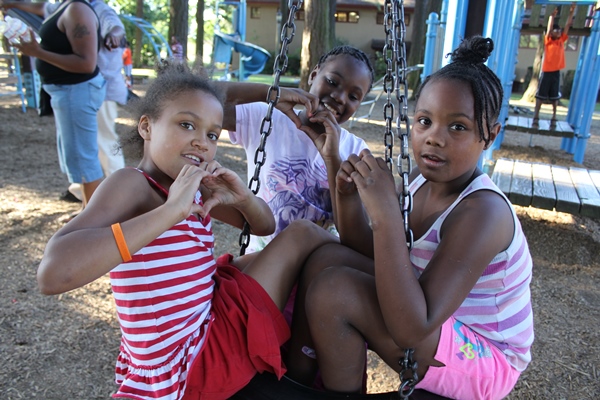 In August of this year, Black women and girls unapologetically celebrated their identity, heritage and skin color. The picnic was held in a city that’s now considered “liberal,” but is a former White utopia -- a city divided between rich White people who lived in the center of the city and the poorer Black people pushed to the outskirts.

The event, called “For Black Girls Only,” was held in Cape Town, South Africa.

The Black Lives Matter Portland Chapter is taking inspiration from the fest in South Africa to hold a local day of celebration and healing “Black Joy: Self Care Saturday for Black Girls and Women and Femmes.”

Event organizer Ebony Oldham said the day will be a safe space centered around Blackness, community love and radical healing. There will be food, arts and crafts at no cost to participants.

“It’s a space to self care and uplift black folks. Oftentimes we are so engaged in work because we are in a state of emergency every day that we forget to take care of ourselves and each other,” Oldham said.

Black Joy will take place at The Center for Intercultural Organizing from 11 to 7:30 p.m. on Saturday, Nov. 28. The event welcomes women, girls, queer-indentified women, non-gender conforming people, transgender women and those who identify as femme.

Oldham said the space is open and accessible to as many Black women as possible, including those who don’t speak English, people with disabilities and the formerly incarcerated.

The Black Joy event is a Black-only celebration. For Oldham, this is fundamental to the celebration that is focused on unapologetic self-acceptance.

She said Black Oregonians in particular have struggled against racist laws and practices, such as the Black exclusion clauses in Oregon constitution and redlining in Northeast Portland. She said these policies purposefully kept the state’s Black community small.

“It's important to reclaim that Black folks do have a space here and we can create our own,” Oldham said. “I think it is also important to just have spaces that are for ourselves, without any allies.”

She intends to grow this event into an even larger For Black Girls Only local movement in 2016. Oldham said this Black Joy day will plan for the needs of Black women and girls in Portland and the surrounding areas.

When Sivu Onesipho Siwisa created the Cape Town For Black Girls Only day, she called for a space to deal with the trauma of being a Black woman without having to defend her pain to White allies. Similarly, Oldham said many Black people are constantly working against racism, implicit bias and White allies who co-opt Black liberation movements.

“So many of us take on so many roles all the time, we don't just get to be,” she said.