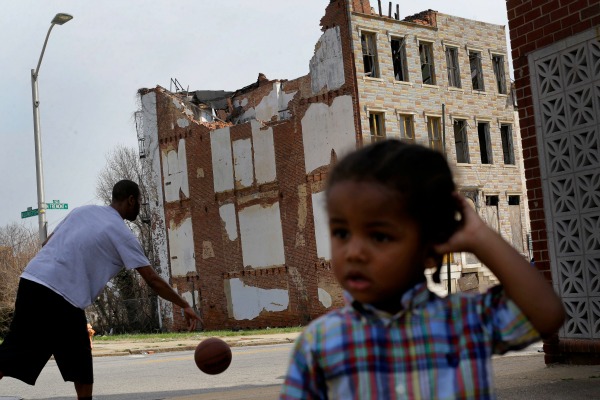 Despite African Americans accounting for about 7 percent of the Seattle’s total population, they make up an overwhelming portion of its homeless population —more than 20 percent.

Now, local leadership is urging the both the city and county to add a specific racial lens to government dollars moving forward.

Just days after Murray and Constantine’s Nov. 2 declaration, the Seattle-King County chapter of the NAACP sent out a media release, urging elected officials to implement a racial equity lens to the emergency funding to address its extreme African American homelessness.

“It’s comfortable to deal with terms like ‘communities of color,’ but for this particular crisis, it’s important that we do it under a specific racial lens,” said King County NAACP chair of economic development Dr. Sheley Secrest.

“This is a [majority] White city, Seattle, with a very high Black population of homelessness. So if we’re really going to talk about addressing it and finding solutions for these people and families, we have to do it under a direct racial lens,” Secrest told The Skanner.

The Seattle-King County NAACP is urging that parts of the emergency funding be used to address three issues they say combat root causes of chronic homelessness amongst African Americans: the end of landlord discrimination, beefed-up Ban the Box protections and living-wage job creation with targeted hiring in the Black community.

The Skanner News spoke with Catherine Lester, director of the Seattle Human Services Department for response to the group’s demands.

Lester responded in part by saying that both she and the mayor’s office acknowledge the racial disproportions in “a variety of data sets” including homelessness.

“It goes without saying that addressing racial disproportionalities goes in everything that we do, and really trying to figure out how to be results-driven, in a way that also has a measurable impact on reducing racial disparities -- and that’s very much our intention in this State of Emergency,” Lester said.

Lester added that the city will be working to address root causes of homelessness as they allocate their funding.

The program enlisted a host of housing experts from various organizations, elected officials from the city and county, and after millions of dollars spent, saw an increase in the number of low-cost units built in the booming Emerald City.

But by the time 2015 came around, the number of one-night counts for people experiencing homeless had dramatically increased from close to 8,000 to more than 9,000 at the start of the year.

In 2014, Seattle was named both the fastest-growing city in the nation and the U.S. city with the fourth-worst homelessness problem.

According  a report released by the National Alliance to End Homelessness this year, in which they analyzed housing trends between 2013 and 2014, more than 30 states had seen a decrease in the issue overall.

Other data by that group say the average homeless person is a middle-aged African American man.

The Institute for Children, Poverty, and Homelessness offered that include economic self-sufficiency, institutionalized discrimination, multi-generational poverty amongst other historic barriers are some of why Blacks are overrepresented amongst the nation’s homeless, in a report they released three years ago.

“These social exclusions leave Blacks more likely to have smaller financial reserves to fall back on in emergency situations; reside in poor, segregated, and unsafe neighborhoods that lack community resources; and experience homelessness,” the report said.

Lester said that what Seattle King-County NAACP is calling for is an issue within the scope of the city and county’s crisis, the dollars are first and foremost intended for its most vulnerable populations.

“I want to acknowledge that this State of Emergency is intended to address the needs of those who are unsheltered tonight, who are living on the streets, under a bridge, or in a car and that we have to continue to push forward investing into what works,” Lester said.

Given that homelessness has long been disproportionate in the Black community, Secrest says funding organizations that have worked with these populations at length would be most effective use of these emergency monies.

“Because this has been affecting our community for so long, we know solutions and folks that can make sure those much needed dollars reach the people who actually need it,” Secrest said.