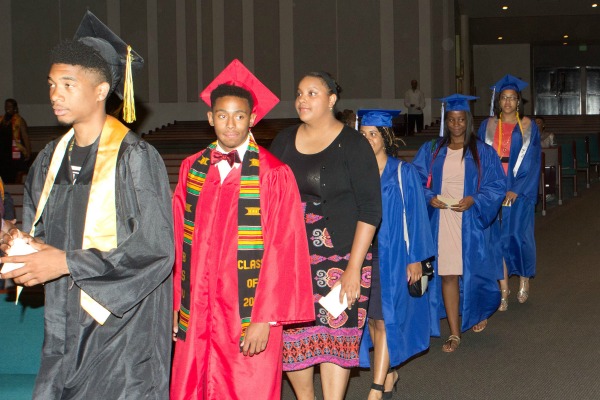 Both populations showed gains of about 1 percent in last school year’s study, but education experts are saying more must be done.

Charles McGee, founder of the education reform organization, Black Parent Initiative, said the slight gains are no cause for celebration.

“I really do believe that a lot of these districts are trying, [but] I can’t celebrate when our kids are still dying and ending up in prison,” he told The Skanner News.

McGee, who announced this year that he’s considering a run for Portland City Council, said the statistics today are reflective of the need for accountable leadership.

“Most importantly for our community, I think we need to understand that our children are at stake,” McGee said. “We can’t wait for any institution, or any person to come and rescue us. We have to be the ones that are mobilized, engaged and asking the tough questions because we are at a crisis point.”

All of these schools are located in the traditionally Black neighborhoods of North and Northeast Portland, which for more than six decades housed the state’s largest concentration of African Americans.

As these neighborhoods have gentrified, scattering many Black families to the city’s outskirts, nearby school districts have been seeing increases in the number of Black students.

Nationally in the last few years Black students have been showing small gains in graduation rates: 67 percent  of Black students graduated from high school in 2011, where slightly more than 68 percent successfully graduated in 2013, according to the US Department of Education.

Studies have shown people without a degree go on to earn four times less than their counterparts who’ve earned a Bachelor’s degree.