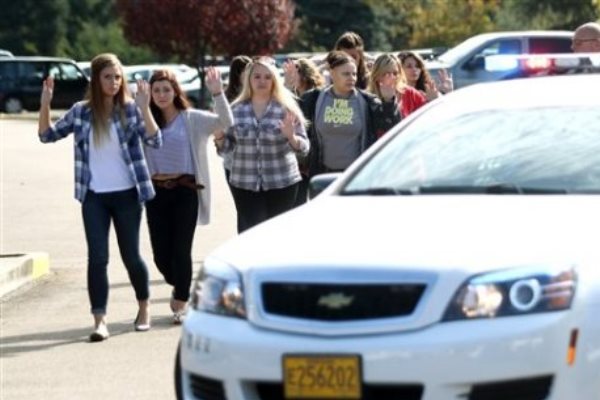 ROSEBURG, Ore. (AP) — Nonprofits in Roseburg, Oregon, have distributed the first round of money that flowed into a relief fund following the mass shooting at Umpqua Community College.

Organizers from the UCC Strong Fund distributed $145,000 to victims, their families and the Salvation Army last week.

The fund was created by Greater Douglas United Way, the UCC Foundation, Umpqua Bank and the Ford Family Foundation after the Oct. 1 shooting. A gunman killed nine and injured nine others before killing himself following a shootout with police.

"We're able to bless them with some financial assistance, but at the same time they want their loved ones back," Trenkle said. "Money can't replace that.... We met with one mom and she said 'All I want is my child back.'"

Members of the organization went to the homes of 24 families to hand-deliver money.

Contributions came from all 50 states, Trenkle said. The fund administrators plan to distribute money in several more waves, but details are still being worked out.

Separate fundraising efforts also are under way. One local man, Justin Troxel, is selling steel signs in the shape of Oregon, with a heart cut out over Roseburg. His fund has raised more than $500,000 so far.

The organizers of the UCC Strong Fund said they will also work to ensure that families continue to be aided in the future and will work with administrators of other benefit funds to avoid duplicating efforts.

"There are more victims and people impacted than just the people in the room or even the people on campus," said Brian Prawitz, who helps oversee communications for the fund.