Obama Focusing on Condolences, Not Gun Laws, in Oregon Visit 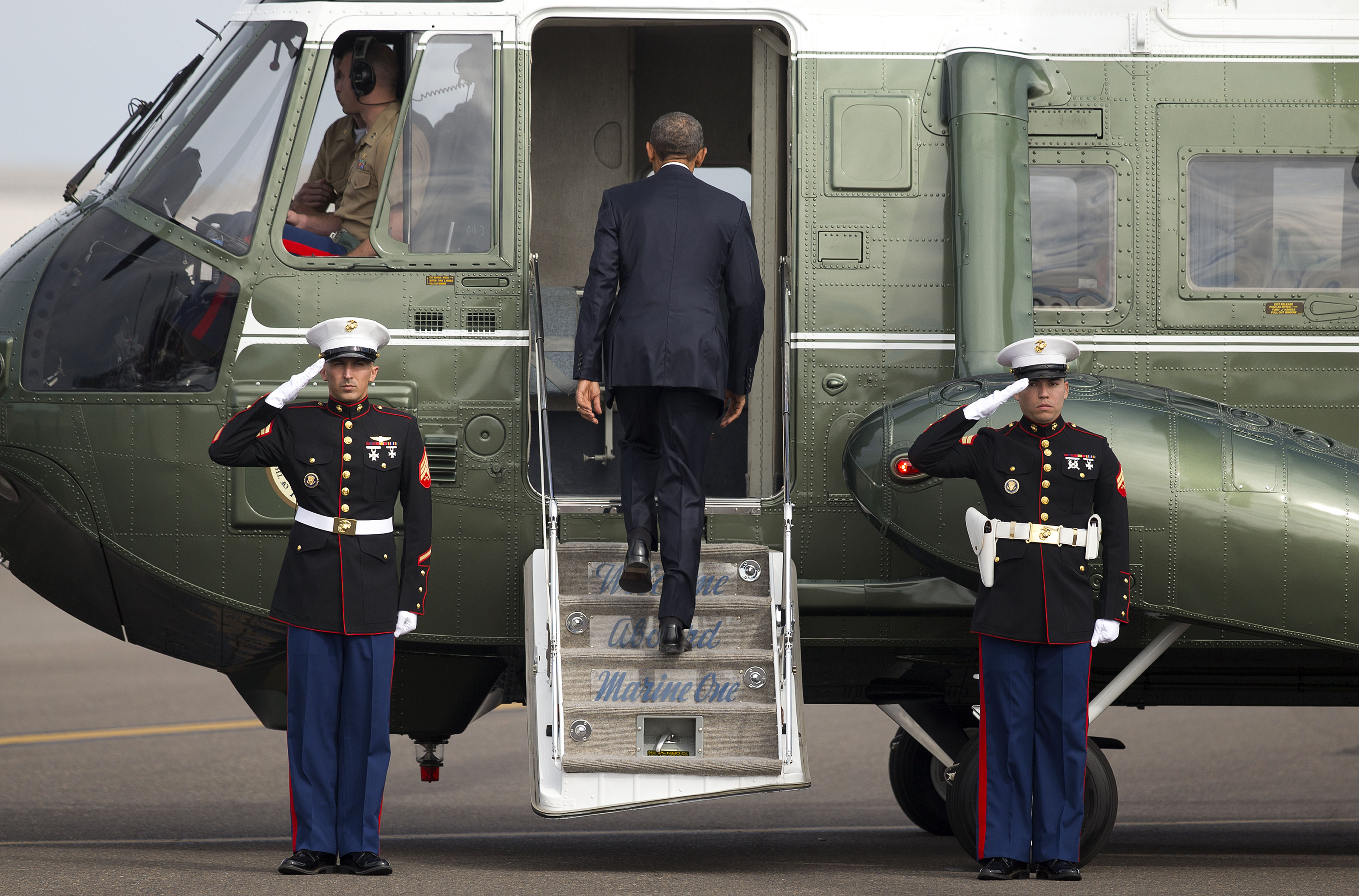 ROSEBURG, Ore. (AP) — President Barack Obama is bringing words of comfort and sympathy to grieving families of victims of the shooting rampage in Roseburg, Oregon, muting his message about the need for new laws to stem gun violence as he visits an area where firearms are popular.

Obama will talk with family members Friday at the start of a four-day West Coast trip. Eight community college students and a teacher were killed before the gunman fatally shot himself in front of his victims after he was wounded by police.

Dozens of demonstrators had gathered near the local airport as Obama arrived to protest his call for strict gun laws.

Staunchly conservative Douglas County is bristling with gun owners who use their firearms for hunting, target shooting and self-protection. A commonly held opinion in the area is that the solution to mass killings is more people carrying guns, not fewer.

"The fact that the college didn't permit guards to carry guns, there was no one there to stop this man," said Craig Schlesinger, pastor at the Garden Valley Church.

Referring to potential protesters, White House spokesman Josh Earnest said: "Those individuals have nothing to fear. The fact is the president has made clear that the goal of his visit is to spend time with the families of those who are so deeply affected by this terrible tragedy."

A visibly angry Obama said after the shooting that thoughts and prayers are no longer enough and that the nation's gun laws needed to be changed.

Some of the most poignant moments of Obama's presidency have occurred in his role as consoler in chief. He led the grieving in Charleston, South Carolina, in singing "Amazing Grace." He read the first names of the 20 elementary school students killed in Newtown, Connecticut, and asked how the nation can honestly say it's doing enough to keep its children safe from harm.

This time, the White House says, the meeting is private.

Obama was already scheduled to travel to the West Coast when the shooting occurred, and the White House adjusted his schedule to include Roseburg.

The shooting has sparked new talk about gun violence, though history suggests that prospects for enacting legislation are highly unlikely. Republican lawmakers are talking about the need to take up legislation designed to improve mental health care. Democrats are pitching the formation of a special committee to investigate gun violence, similar to what the GOP-led House established to investigate Planned Parenthood and the 2012 attacks in Benghazi, Libya, that killed four Americans.

"No proposal is going to stop every shooting, but we can come up with solutions that stop some tragedies," said Democratic Rep. Mike Thompson of California, the leader of the proposal for a special committee.

Earnest has cited requiring background checks for all firearms purchases at gun shows "as the kind of obvious thing that we believe that Congress should do."