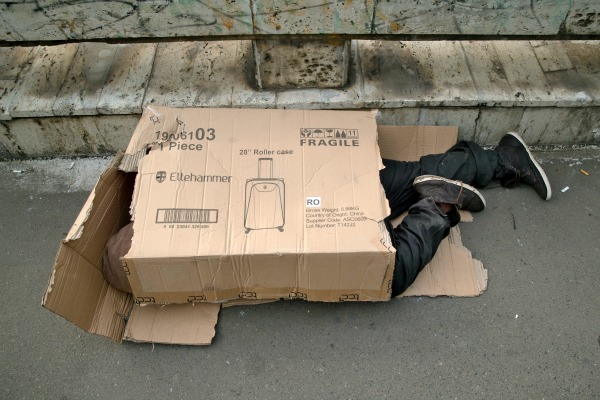 There’s a housing crisis in Portland, and now Mayor Charlie Hales is pledging $30 million from the City and County’s budget to help some of the most in need.

Mayor Hales made the promise during a press conference last week, saying the prime focus of the government dollars would go to houseless women, children, people with disabilities and mental illness.

“For too long I think we’ve stayed rooted in a realization that these problems can’t be solved overnight, and some of them can’t be,” Mayor Hales said. “But I also want us to recognize that there are some things that we can move.”

According to the mayor’s office the funding usage will go as such: $12.5 million for help in finding housing, assisting in paying rent and other support services; $10 million to build 250 units for the homeless; $5 million for shelter operations and $2.5 million for eviction prevention.

The city has pledged $20 million toward the cause, with Multnomah County contributing the other $10 million; neither have offered specifics yet as to where the money is coming from.

“We’re not rolling in money. We don’t have $30 million in a desk drawer but what we do have is the ability to reprogram some of the money in our general fund,” Mayor Hales said at the press conference last week.

Because the financial specifics have yet to be ironed out, the plan likely won’t start being implemented until the top half of next year.

The Skanner News spoke with African American Housing Association head Cheryl L. Roberts for her take on the plan.

Roberts said that while she wasn’t well versed on the specifics of the mayor’s plan announced last week, as long as there are no rent caps and no-cause evictions are legal, she said the housing market in the state will continue to be unstable.

“I think that, until the laws are changed are changed to protect the community, I think we’re just throwing our good money into bad,” she said.

Roberts also added that the $20 million Mayor Hales pledged towards affordable housing in North and Northeast Portland has yet to come to fruition.

Other advocates and civic organizations in the Black community have realized the specific toll the rising cost of living has had on African-descended populations in the city for some time now.

An article penned by the Portland Tribune’s Steve Law this year noted the falling number of Black homeowners in the city.

That same report said that behind Native Americans, Black people were the second-most denied group when it comes to home mortgages in the County — a startling  14.7 percent in 2012.

The Skanner reported this summer that despite only accounting for 7 percent of the county’s inhabitants, African Americans have the highest rates of homelessness compared to other races, at 24 percent.

Despite disproportionate housing rates for Blacks and other people of color in the city and county, the proposed $30 million plan makes no mention of focusing on race in its efforts.

For the past two months, both the cities of Portland and Gresham, along with Home Forward and Multnomah County, have been hosting fair housing assessment meetings that are free and open to the public across the metro area.

During the last meeting it was noted that East 82nd Avenue, an area many low-income groups have migrated to in the past decade, is already seeing signs of gentrifying, as are other East County neighborhoods.