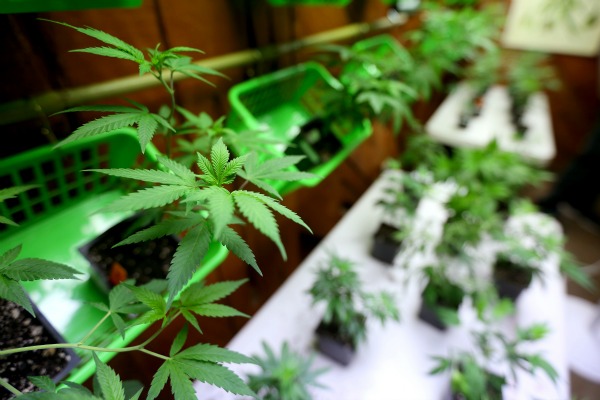 The Oregon Cannabis Association will host a legal clinic Nov. 5 offering assistance in filing expungement petitions for those with marijuana convictions in Multnomah, Washington and Clackamas Counties.

The group has set up a website at newdayoregon.com where interested parties can fill out a form detailing the nature of their conviction, so staff can determine whether or not they are eligible and sign them up for the clinic. Not all marijuana-related convictions are eligible for expungement – just those lined out in Senate Bill 844, which was cosponsored by Sen. Ginny Burdick (D-Portland) and Rep. Ann Lininger (D-Portland) and signed into law in August.

That bill, an omnibus bill addressing marijuana legalization issues, is the surviving version of a policy change initially proposed by Rep. Lew Frederick (D-Portland). That bill died in the legislature earlier this year.

Cannabis Association spokesperson Karynn Fish told The Skanner News so far, Amy Margolis – who leads the association – plans to staff the clinic on a pro bono basis with colleagues from Emerge Law Firm, where Margolis also works,. The association has been in conversation with other firms and will engage them if they see a high volume of applications for the event.

In addition, Fish said, while the November clinic is specifically for people in the Portland metropolitan area, the association is open to holding clinics for people outside the metro area.

The Criminal Justice Policy Foundation estimates that as many as 50,000 Oregonians – 20,000 of them in the Portland metro area – have marijuana-related convictions on their record.

“It’s not clear whether all those people would qualify under the law,” Fish said, since the new legislation only addresses marijuana-related offenses that are now legal under Measure 91. Possession of more than one ounce of marijuana is still illegal for those without a medical dispensary license, and licensing for recreational-only dispensaries is still in process, so distribution-related offenses may also not qualify. In addition, the upcoming clinic is for marijuana offenses only. (Metropolitan Public Defenders conducts weekly expungement clinics for offenses of all types.)

“I think this is a really critical next step,” Fish said. “Oregon did something really special with passing these laws, bringing these laws into sync with how voters feel about marijuana.”

Neither the press release nor the website list a specific location, but both note the clinic will take place in North Portland, in part to reach out to communities who were disproportionately likely to face arrest or prosecution for drug-related offenses. According to the American Civil Liberties Union of Oregon, African Americans are twice as likely as Whites to be arrested for marijuana-related offenses, though according to the National Household Survey on Drug Abuse and Health, Whites are more likely to have used the drug.

“This is an issue of equity,” Fish said.

Fish said the Oregon Cannabis Association – an advocacy group representing those in the marijuana industry – is holding this clinic in the last months before the Oregon Liquor Licensing Commission begins accepting applications to process and distribute recreational marijuana, to help ensure diverse communities have a chance to enter the industry. On Oct. 1, medical dispensaries began selling to recreational customers, but aspiring recreational dispensary operators sit in a regulatory limbo, with applications not being accepted until January.

According to OLCC’s website, the agency may reject applications from anyone who “hasbeen convicted of violating a general or local law of this state or another state, or of violating a federal law, if the conviction is substantially related to the fitness and ability of the applicant to lawfully carry out activities under the license.”