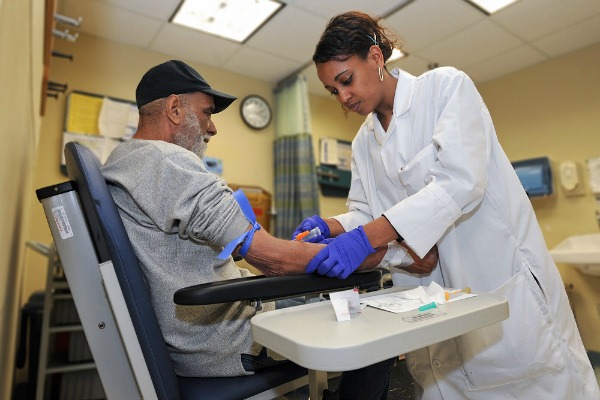 In an op-ed for The Washington Post, former U.S. Surgeon General David Satcher said health disparities are an injustice that plagues African Americans. He described a deep-rooted mistrust of the medical establishment which leads to worse outcomes for Black patients.

Satcher called for more diverse participation in clinical trials to reduce health disparities. These trials include experimental research on new drugs, vaccines or supplements that would provide data on health interventions.

As the Oregon Health and Sciences University begins recruitment for a landmark study on Alzheimer’s disease, a social intervention is needed to bridge the gap between the Black community and the medical establishment.

OHSU has hired Harvey Rice as a community ambassador to talk about his experiences in clinical trials and the upcoming A4 Alzheimer’s Disease study. Rice will meet with community members at the Urban League of Portland Multicultural Senior Center at 2 p.m. Friday, Oct. 9.

Rice is the Board Chair of the Sabin Community Development Corporation, which works to improve livability in diverse neighborhoods. He said his interest in health care advocacy is inspired by his wife, who is a registered nurse and his volunteer work helping seniors deal with health issues.

“A lot of people have (health care) myths. If I can help them in any way, dealing with those myths, I'll do it,” Rice said.

The A4 Study is a multi-site investigational trial that is aimed at preventing Alzheimer’s disease. The study focuses on amyloid protein deposits in the brain that can build up in older people and contribute to memory loss and dementia. Read a more in depth article about the A4 Study on the Skanner News website.

The challenge is recruiting study participants who have amyloid deposits in their brain but haven’t developed memory loss. Another requirement is that study needs to be diverse. Every fifth person in study needs to be a minority or the study can’t move forward.

This brain health intervention is especially important because Black people are more than twice as likely to develop Alzheimer’s disease as White people. African American patients are more likely to be diagnosed at a later stage of the disease with fewer treatment options and worse health outcomes.

A report from the Alzheimer’s Association called the high rate of disease among African American people an emerging public health crisis.

Social science studies have shown low participation in medical research among African Americans. Most studies mention the 40-year -long Tuskegee experiment as a reason to mistrust medical experiments. Starting in the 1930s, U.S. Public Health Service lied to hundreds of African American men, who were told they were simply being treated for “bad blood,” a colloquial term applied to various illnesses, including syphilis, anemia and fatigue.  The two-thirds of study participants who had syphilis already were never told their specific diagnosis, and were left untreated for the course of the study.

The experiment, which ended 43 years ago, fundamentally changed the rules for clinical studies with the passage of the 1974 National Research Act. But the betrayal still casts a shadow over medical research.

Other barriers to getting diverse people into research studies include a lack of awareness of clinical trials, miscommunication and economic or time constraints.

Attitudes about medical experiments are slowly changing. A 2011 study conducted in Boston showed that African Americans are more likely to participate in a clinical trial if they have been previously exposed to research.

At the Friday meeting, there will be an information session about the A4 study and then an ice cream social. Rice plans to share his experiences volunteering for clinical research trials. He has been in seven studies so far.

There are future plans to visit the Hollywood Senior Center in inner Northeast Portland, as well as attending the Charles Jordan Community Center meeting for Grandparents Raising Grandchildren. He would like to convene in East Portland to reach those who have been displaced by gentrification.

Rice said volunteering for clinical trials is a way to give back to the community and contribute to a large body of research.

“What I want people to understand is that when you take a clinical trial you're helping your loved ones, not only of your race, but you're helping everybody,” he said.

To receive notice of upcoming information sessions or to participate in the A4 Study, contact study coordinator Allison Bianchi at (503) 494-7615, or email adresearch@ohsu.edu.