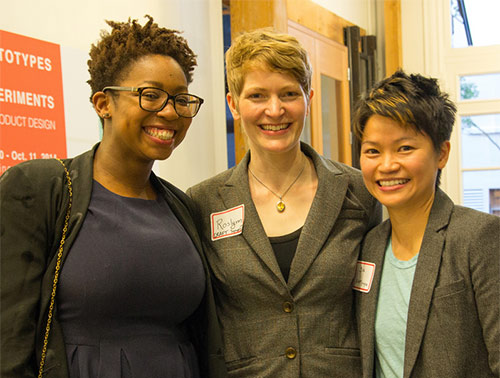 The city, county and state have banded together for the creation of a $3 million initiative they say will boost the diversity of Portland’s largely homogenous startup world — the Inclusive startup fund.

“Our core focus is on disadvantaged minority populations underrepresented in the startup community,” said PDC Business and Industry Division Manager Chris Harder. “That tends to be the Black community, Latino community, Native Americans.”

Harder also noted women as an underrepresented population in the city’s startup world, but said the definition can also include veterans, people with disabilities and sexual minorities.

Harder said the idea wasn’t birthed out of any one specific meeting but rather a part of recent intentional efforts by the agency to help mend previous shortcomings on its part when it comes to diversity.

“We’ve been, at PDC, kind of focusing on supporting entrepreneurs in different programs for the last three, four, five years,” Harder said pointing to its recent efforts Seed Fund and Startup PDX Challenge.

“We’re really focused, and I would say almost exclusively around our entrepreneurship around the concept that we use inclusive entrepreneurship and open up opportunities for underrepresented communities and aid them in access to startup resources.”

Between the three government agencies, the fund is more than one-third funded. The fund currently $1.25 million.

Now, after putting out a public call for proposals, the PDC is in the process of deciding who will manage the fund.

Once that’s resolved, Harder said hopefully by the end of October, the fund managers will begin seeking investors to put up the remaining $1.8 million.

Partnering with groups like the Urban League, Latino Action Network, and Women’s Founders Alliance the agency says has been essential in their continuing efforts to reach the communities targeted for the fund.

“We’ve done a lot of outreach to organizations that represent our priority populations both locally and nationally.”

In terms of race, White people account for the majority, or 84 percent, of business owners in Portland, according to the PDX.

Less than 3 percent of business owners in the city today are Black.

Joy Davis, owner of Design + Culture Lab, was one of the winners of last year’s Startup PDX Challenge.

As a Black woman, Davis said she understands some in the African American community’s hesitance to work with the PDC but urges.

“Particularly African Americans, we’re particularly hesitant of working with PDC because of past histories,” Davis said. “For me I really see it more about tax dollars and really letting the money that we paid for come back into the community. So I see the [Inclusive Startup Fund] is a good step in the right direction, but definitely not the only step that can be taken.”

Additionally, Davis said  those considering working utilizing the fund or working with the PDC in any capacity should be unafraid to meet with them, ask questions, and  make sure their mission is in line with how you want your company to grow.

According to Harder, the Inclusive Startup Fund is a first-of-its-kind model, utilizing public-sector partners to help boost minority entrepreneurship.

“We think it’s a bold new effort, but the right effort for us to be focusing on. I think when we approach economic development here and we approach how we support entrepreneurs our goal is to understand what some of those gaps are and help fill it.”

When asked if this would be the last of the PDC’s last efforts to increase the vitality of startups in the city Harder replied, “Oh heck no, it’s the beginning.”

The current goal is to launch the fund and make initial startup investments by summer 2016.