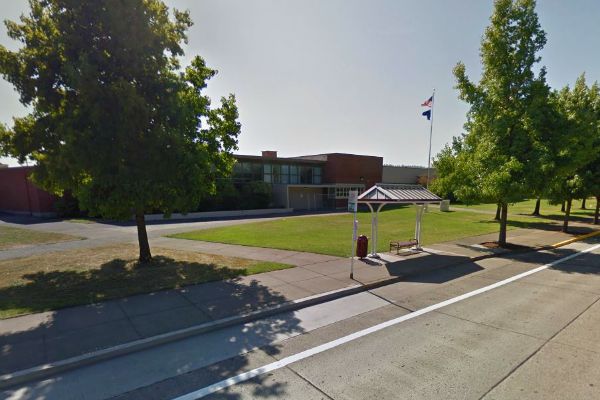 EUGENE, Ore. (AP) — Roosevelt Middle School is getting a new building and new footprint — and at least one of its teachers thinks it also deserves a new name.

Jenoge Khatter, a 30-year-old U.S. history teacher, believes it's way past time for the school, named after 26th President Theodore Roosevelt, to honor some other person of history.

Khatter says Roosevelt, for all of his accomplishments, was a racist whose heritage does not reflect well or accurately on the cultural diversity that is Eugene in 2015.

"I feel like our culture has a lot of blinders up to which narratives are highlighted (in history)," he said.

Khatter has been passionate in his campaign to change the school's name, raising the issue at multiple Eugene School Board meetings this year. He has written a letter to the editor on the subject and, earlier this week, made his case in a lengthier essay published on the opinion page of The Register-Guard.

Khatter is in his fourth year at Roosevelt, where he also teaches algebra and English language.

He is also a doctoral student in educational leadership at the University of Oregon.

Khatter notes that across the Eugene School District, only one school bears a woman's name — Bertha Holt Elementary, named for Holt International adoption agency co-founder Bertha Holt — and only one is named for a person of color — César Chávez Elementary, which celebrates the life of the noted farmworkers' union organizer.

No school in Eugene, he says, bears the name of a woman of color.

And yet, Khatter points out, about 50 percent of all students are female. About 30 percent of students at Roosevelt are nonwhite, he said.

Khatter cites several references to support his claim that Roosevelt viewed white people as superior to people of color.

According to James Bradley's "The Imperial Cruise," Roosevelt stated that African-Americans were a "backward race," and that the "greatest evil" of slavery was that white men and African-Americans had to coexist, Khatter says.

Another quote attributed to Roosevelt and raised by Khatter can be found in Thomas Dyer's "Theodore Roosevelt and the Idea of Race": "I don't go so far as to think that the only good Indians are dead Indians, but I believe nine out of every 10 are, and I shouldn't like to inquire too closely in the case of the tenth."

Khatter acknowledges that Roosevelt's legacy includes much that is positive, recalling, for example, the president's conservationism.

"No one is entirely good or bad, so to speak," Khatter said. "There are good things about him, but as I read Bradley's book I became more thoughtful about whether or not he reflected values that we should have children aspire toward."

Khatter is open to others' suggestions, but has his own favorite choice for a new school namesake: African-American poet Maya Angelou.

Last school year, several Roosevelt students conducted an informal poll and found that many of their peers support keeping the Roosevelt name. Many others, however, felt that young Pakistani activist Malala Yousafzai, co-winner of the 2014 Nobel Peace Prize, would be a suitable namesake for the new building.

A former student of Khatter, Roosevelt eighth-grader Ani Lessley, said she would like to see a new name for the school, mentioning that the majority of schools are named for white men.

"With this modern culture, I don't think it should be that way," Ani said.

"It's a new school (building), so it probably makes sense to change the name," Keslar said.

Plenty of others have ventured an opinion, at least in response to Khatter's opinion essay, which appeared at registerguard.com and generated more than 60 reader comments.

"No one asked the voters to change the name when they were being asked for the money to build the new school," he said.

Hale was referring to the $170 million bond measure that voters approved in 2013 to update four aging schools in the Eugene district — including Roosevelt — and to make additions to two other schools, plus other upgrades across the district.

Bill Harbaugh, a professor of economics at the University of Oregon, said he agrees with Khatter's criticism of Roosevelt but not his proposal.

"Why not keep the Roosevelt name, and keep up the criticism of him?" Harbaugh asked. "It's a rare chance to remind students that nothing interesting is simple."

A reader with the online name "A Citizen" posed this question: "What is education for unless we look at people's lives with all the contradictions that make life so complicated? I could also cherry-pick facts about Roosevelt's life (trust-busting the corporations, his conservation ethic, the first president to invite a black person to the White House for dinner, etc.). These were radical ideas at the time, but instead (Khatter's) column ignores inconvenient facts."

Another comment posted by "Eugenian" said: "Teddy was a product of his time but that does not completely excuse his beliefs about race. We can find better (and maybe local) examples of individuals whose beliefs have stood the test of time."

Roosevelt Junior High School opened to about 160 students in the fall of 1925 — only 16 years after the end of Roosevelt's presidency. The school, originally at Agate Street and East 18th Avenue, served students in grades 7-9 as a junior high. It opened at its current location on East 24th Avenue as a middle school, serving students in grades 6-8, in 1944.

Khatter, whose father is from India, said he's preparing a formal request to submit to Principal Mitchell.

Khatter must provide Mitchell with a rationale, documented community support for a name change, a fiscal impact statement on any name change and suggested methods of funding a name change. Mitchell will then review the materials with the district's communications staff.

Khatter says he has received about 40 responses in support of the name change so far, via an online survey at tiny.cc/newschool .

In his comments at recent school board meetings, Khatter has asked that the policy be revised so that renaming is automatic whenever a school is rebuilt, so that the community can have "a fresh opportunity to codify its values and what it stands for."

"Codifications such as building names that are going to stand for a long time give us great opportunities to honor what our community values and honor people who embody those values," Khatter said. "The more I've learned about Roosevelt, the more I've come to see him as antithetical to many of these values."

But time could be running out. Construction of the new Roosevelt Middle School, just to the west of the current school, is to be completed by the fall of 2016.

At their meeting on Sept. 9, some Eugene School Board members discussed the potential time crunch, saying it could be hard to rename the school once the current name is carved into stone.

Some board members expressed cautious support for Khatter's idea, but were not convinced that the current policy needs to be changed.

Khatter remains hopeful his proposal can become a reality.

"Given that it's being torn down and rebuilt," he said, "this seems like a particularly ripe opportunity to claim this name as one that really embodies the community's values — which I know are not consonant with Theodore Roosevelt's views on race."

Information from: The Register-Guard, http://www.registerguard.com