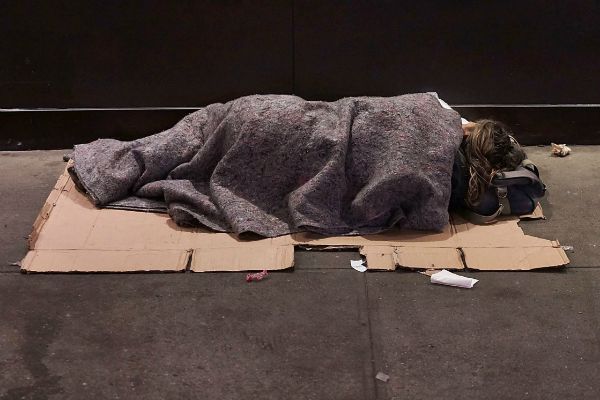 The mayor sent an email to the city manager and councilmembers saying she doesn't want so-called "travelers" taking over public spaces. She said she's not judging people by their looks or lifestyle but wants public spaces to be for everyone to use.

"I don't want travelers actually controlling, living on our corners, our plazas, our public spaces," she wrote. "I welcome them to use them as I would expect everyone else to do. And I want benches and inviting places for all the public to freely use."

Piercy tells The Register-Guard that the travelers have chosen a lifestyle of moving from place to place. She says they're different than a traditional homeless population.

Piercy said she wrote the message to prompt discussion among Council and city staff about the topic, which could lead to a conversation with the public.

It's unclear what Eugene could do to prevent people from sitting in public places.

Local ordinances prohibit people from blocking sidewalks, but courts have ruled as unconstitutional local laws that ban loitering, panhandling and other behaviors common among homeless people and travelers.

Downtown for decades has been a magnet for transients, generating complaints from store owners and others. Civic leaders hoped redevelopment of the city center would bring more activity and residents to the area, shrinking the portion of city-center occupants who were transients.

To discourage loitering on sidewalks and plazas, the city has removed public benches and walls that transients formerly sat or slept on, she said.

Downtown is "very different than it was before," she said. "But we still have the issue of travelers in our communities, people who go up and down the I-5 corridor" and stop in Eugeneand other cities.

The Council was split on whether the issue was one it should take up.

Councilors George Poling and Mike Clark said the Council should focus its attention on higher priorities.

"While I agree with the mayor that the issues of loitering downtown and homelessness are important ones, there are others of much higher priority that merit the kind of Council attention and community focus she is suggesting," Clark said. "Helping to create more high paying jobs would top my list."

Information from: The Register-Guard, http://www.registerguard.com