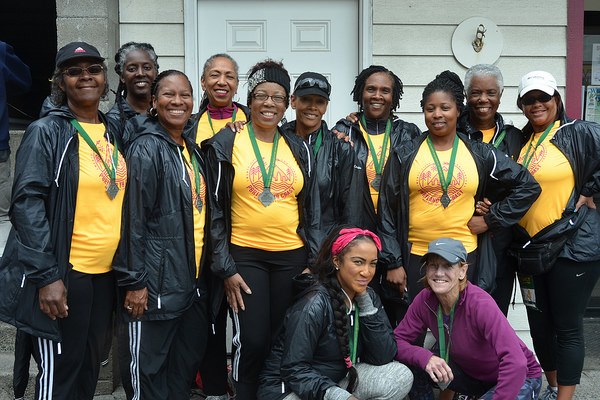 Thousands showed up from all over the world to participate in the Hood to Coast relay, but extreme weather conditions provided an unexpected challenge for those taking part in the already-grueling 195 mile-long trek.

Winds reached speeds of up to 90 miles per hour with heavy rain falling upon the some 19,000 participants along the path, which starts at Timberline Lodge and ends at Seaside.

Hood to Coast Chief Operating Officer Dan Floyd called the weather “unprecedented,” so much so that the crews considered shortening or cancelling the race for the first time ever in its 34-year history.

Ultimately, however, the race went on.

“[The winds] were crazy. The number one focus for us the entire time was safety and communication. So as long as we were in communication to people, letting them know what they’re potentially in for along the race course, we could help them prepare for the elements,” Floyd said.

The Hood to Coast kept participants aware through a number of outlets, including social media, television, radio, walkie-talkies, and one-on-one contact with volunteers.

Floyd said though the overwhelming majority of the runners pushed through to Seaside, he estimates about 25 of the nearly 1,500 participating teams dropped out of the race, a number higher than in previous races.

Despite the challenge the weather imposed, though, according to Floyd most participants have had mostly positive things to say about their experience with the race.

“The craziest thing is that the feedback that we’re getting from most people that participated in Hood to Coast are saying that it is the best ever,” he said. “The participants embraced that crazy weather and they loved it.”

Nike-sponsored team, Bowerment Athletic Club came out on top this year for the second time in a row followed by a squad from University of Portland.

In this year’s two day-long marathon, 36 countries and all 50 states were represented, according to Floyd.

“It was an opportunity for 19,000 people, that were basically representing the world, to see 200 miles of the state of Oregon,” Floyd said. “They saw, on Friday, beautiful Timberline Lodge and downtown Portland. Saturday they got to see the other side of Oregon where we get the wind and the rain and sometimes that coastal weather that gets a big crazy, but the best part is everyone was so happy and must have loved seeing those mountains and seeing the crazy weather.”

For a full list of results from this year's relay visit http://www.hoodtocoastrelay.com/results.