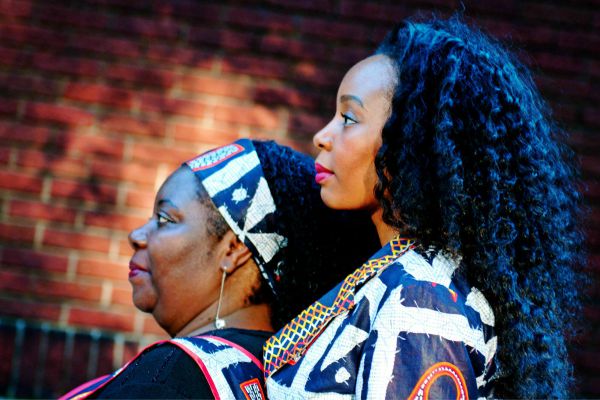 Letwina Fushai is a bridge between cultures. She has worked to help the poorest of the poor in Zimbabwe. She has also experienced the poverty of the American immigrant experience.

Fushai is readying herself for her next transition: writer of African and American cross-cultural experiences.

Fushai, with the help of her daughter Chido Dhliwayo and local Portland publisher Inkwater Press, are launching a kickstarter campaign to publish Bhindy: Her African Dream. Largely inspired by Fushai’s life, the book tells her tale through the African folklore tradition.

She wrote Bhindy, she said, because she felt there were a number of cultural misconceptions Africa. She felt disappointed that the global digital media connection hadn’t brought greater cultural understanding.

"You would assume that we know a lot about each other,” Fushai said, adding that people she met had no idea of life in Zimbabwe beyond the headlines of corruption. “And yet we are supposed to be living in this global village.”

In Zimbabwe, Fushai worked as a research economist for the United Nations and the United Agency for International Development. Her work involved analyzing economies that aren’t taxed or monitored.

She also worked to alleviate poverty by giving business training to these “under the table” entrepreneurs. She described this work as targeting “the poorest of the poor” by helping businesses become more mainstream.

Although the work was fulfilling, Fushai left Zimbabwe because she feared the dangerous political climate. Also, being an economist in a country with hyperinflation made her job incredibly difficult. Economic theories could not predict outcomes when the inflation rate was skyrocketing.

The Mugabe government printed money to fund involvement in conflicts in the Democratic Republic of the Congo, which drove up inflation even more. At its peak, Zimbabwe’s inflation rate was 79,600,000,000 percent per month.  At that point, the United States dollar was equivalent to 2,621,984,228 Zimbabwe dollars.

“It was just a miracle how the country survived,” Fushai said, laughing.

Her life in the United States was a complete turnaround from Zimbabwe. Fushai went from a well paying job managing an aid agency to mopping floors at a 7-11 convenience store. In Zimbabwe, she had 30-40 people she managed in her office; secretaries, security guards and drivers. At her home, she had maids and gardeners as well.

Arriving in the Unites States was unnerving in the beginning. “Here, you are a pauper when you first come here. You have to do everything yourself,” she said.

Eventually, she found work as a caregiver who took care of elderly patients. It was a culture shock for her because the elderly stay with their families in Zimbabwe. She said she cared for her patients as if they were her own family members.

Fushai describes the caregiver experience as deeply moving to be welcomed into people’s homes during the intimate time of aging and dying.

“It was a life changing thing. Firstly, it humbled me and then I thought of a more purposeful way of living -- giving back to the society, when I had always enjoyed these luxuries,” she said.

Through Bhindy, Fushai ties these two worlds together; living in luxury in an unstable country and being among the working poor in one of the richest countries in the world.

Fushai wants to demystify the “dark continent” perception of Africa – the notion that there no civilization there before western civilization. The oral tradition of stories that were passed from generation to generation were ignored by the written British history.

Fushai, the great-great-great-granddaughter of a storyteller, said she has archived these stories and traditions in Bhindy. She hopes her work will bring to light these forgotten stories and lead to more mutual understanding between Africa and American cultures.

“I think the more we know and understand and appreciate the less conflict there will be in this world. People will tolerate and coexist in a more harmonious way,” she said.

For more information, visit the website for Bhindy: Her African Dream or the Kickstarter crowdfunding page.