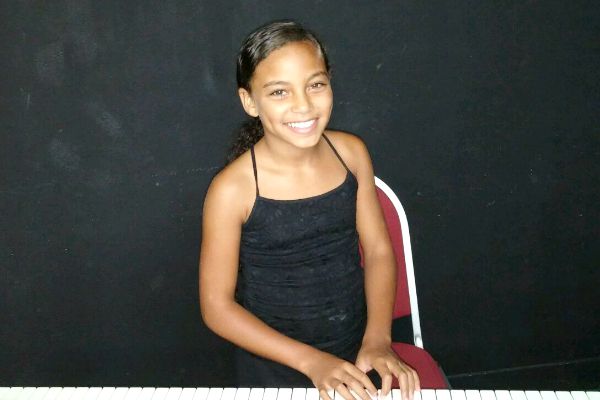 Young musicians, singers, spoken word artists and dancers will all converge at Benson Polytechnic High School to perform in the name of peace.

The Black Women for Peace organization are holding their fourth annual Peace Festival at the high school  at 3 p.m., Sunday, Aug. 23.  Former State Sen. Avel Gordly is slated to give the welcoming address. The event is free and open to the public.

This years’ theme is “Do you care about me?”  Organizer Regena Warren said the theme was inspired by the Black Lives Matter movement. All of the festival performances were in part inspired by the theme.

"We asked (the artists), when you hear the phrase, ‘Do you care about me?’ what comes to mind for you?" Warren said.

The event will feature performances from companies such as the Kemba Shannon Dance Center Rainbow Group, the Performing Arts Youth Ensemble choir and the Cunningham Dancers ballet troupe. There will also be spoke word performances from artists like Tyler White, Montrell Goss and Jesse Jones. All of the entertainers are between 11 and 29 years old.

An important part of the festival is to introduce the Black Women for Peace pledge to the performers, their family and festival attendees, Warren said. In the pledge, each of the letters for the word “peace” form action statements to support life choices that reduce violence.

P: Protect the liberties of others as well as my own.

E: Educate myself towards being the best me that I can be.

A: Actively listen to others rather than judge.

C: Choose to give grace rather take offense.

E: Extend myself to others sincerely without seeking anything in return.

Warren said this pledge is the foundation of the organization. Black Women for Peace formed in 2010 after responding to acall to action by Multnomah County Commissioner Barbara Willer. She asked for community based strategies to support youth and address gang violence.

“Black Women for Peace believes that if individuals would commit to taking the pledge and live by this pledge that we would actually see more peace in our communities and in our homes and in our schools,” Warren said.

She describes the pledge as peace in action, but says it is difficult to support liberty and while turning the other cheek to offense.

The event also celebrates cultural diversity through the talented youth. Organizers specifically reached out to performers from many different racial and ethnic communities. Multicultural performers include the PACC Wushu Chinese Dance Team and Dragon Team dancers.

Warren said she hoped attendees will take on the peace pledge. She is also looking forward to watching the young artists express themselves. During the auditions, she saw how gifted Portland’s youth are.

“You've seen that television show, ‘America's Got Talent.’ Portland's got a lot of talent.”