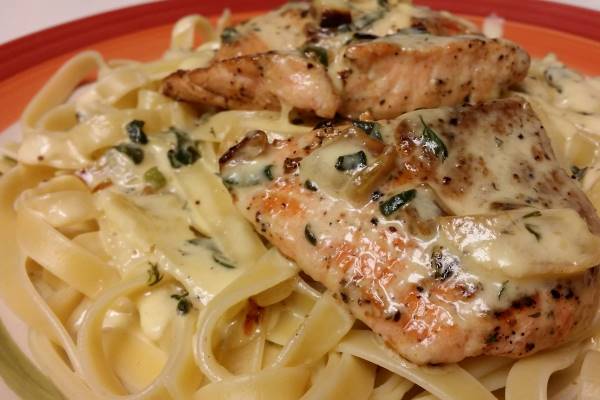 August is Black Business Month, and during the weekend of Aug. 29 one Portland woman is encouraging the city at large to support one of the many Black-owned businesses in town.

“I saw the article and saw that they were doing a Black restaurant day, and I thought it was a good idea,” Pearl said. “So I put it out on my Facebook page, and a friend of mine said, ‘Well, somebody should do an event page, and I said, ‘I can do that.’”

Pearl created an event page for the Aug. 29-30 weekend a little more than a week ago, and within a few days, more than 2,100 people liked the event. The facebook event also included this Google map showing Black restaurants in the Portland area:

Though officially Black Business Month already highlighted restaurants earlier in the year, she says she was compelled to make the Portland event go through the entire weekend.

Pearl, who is White, says she believes everyone should support Black businesses.

“I’m excited about trying these [businesses] not just for one day, or one weekend, but throughout the year. For me this is kind of like creating awareness. I don’t believe something like this is a one-day thing. When you find a restaurant that you love, you don’t just go to it one day. You keep going back,” Pearl said.

“We started this because Black businesses just get ignored by everybody, and this is our month to say no, just think about [shopping with us,” Templeton told The Skanner. “African American businesses are more likely to be run by college-educated folks, much more likely to have more than 20 years of experience, and because running an African American business is so difficult, people generally have high quality. Otherwise they wouldn’t survive.”

Templeton added that with the host of issues facing Black people in today’s society, spending money with Black entrepreneurs is one of the most powerful ways to make a “statement.”

Katrina Ford’s food cart, Taste of the Bayou, situated at the corner of N. Fremont and Vancouver, is one of the nearly 50 restaurants listed on the Facebook event page.

Ford says she is excited for the city to take a bite (or two) out of her Cajun- and Creole-style cooking with recipes she says comes directly from her great-grandmother and grandmother who are both New Orleans natives.

“The love of cooking came from being around my Grandmother, my momma and my aunts, too, and it’s been a blessing to give back [by starting] a business,” Ford said.

Since opening the business with her husband last year Ford says their Southern foods have been a hit, and she is excited to have more customers in the coming weeks.

Mayor Charlie Hales also chimed in with support telling The Skanner Black Business Week is a “great opportunity to support an important sect of our community.”

“It’s human nature: we go to the shop nearest us, or to the restaurant we’ve been to a hundred times before,” Hales said. “The beauty of Black Restaurant Week, or Black Business Week, is to remind us all of the diversity and complexity of Portland’s business community.”

“Food is delicious. It is a way to spend time with family and friends,” Pearl said. “Sharing food is sharing love and all of those good things, and I think that supporting Black businesses while you’re doing it is really fantastic.”