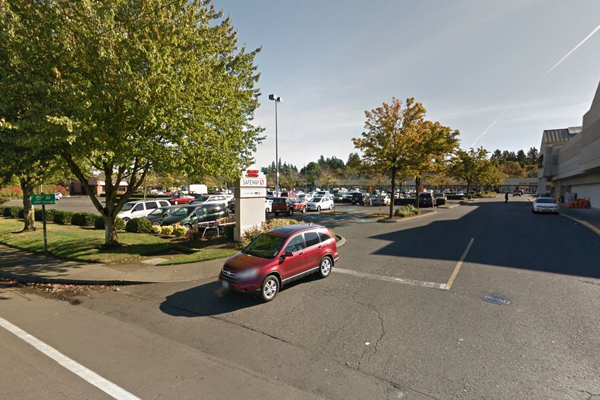 The Safeway at NE 181st and Halsey is permanently closing Aug. 28 in the wake of a merger with Albertsons. Officials say the closure will make food access in the area much more difficult.

Jill McGinnis, a Safeway spokesperson, said the store is closing in part due to underperformance.

But Josh Fuhrer, the executive director of Gresham’s Redevelopment Commission, said sales for stores in the parcel where the Safeway’s storefront is located have increased since the opening of a Department of Motor Vehicles location there this year.

Fuhrer told The Skanner the closure is “terrible” for area residents, who already have limited access to groceries.

Twenty-five percent of residents in the Rockwood neighborhood live at or below the poverty line, and Gresham has seen an increase in Black and Latino residents in recent years.

“We have 30,000 people in Rockwood, who’ve lost four grocery stores over the last 20 years. And the access to food is poor already and getting worse,” Fuhrer said.

According to Fuhrer, Safeway signed a five-year lease earlier this year with California-based developer Retail Opportunity Investments Corporation (ROIC). He said he has been told they will continue to pay rent for the space rather than lease it to another grocer.

Fuhrer said he was unaware Safeway planned to close the store until reporters from the Gresham Outlook contacted him for comments earlier this month.

In May 2014, the City of Gresham commissioned a report to analyze food access as part of its Healthy Eating Active Learning project, which started in 2012.

McGinnis said the store’s employees were informed verbally of the closure July 15 by their district manager and that human resources is working to find them new work.

McGinnis also added that it is not typical for Safeway to put out a formal announcement when a store closes.

“Safeway has been evaluating the store base for some time now and reviewed several strategies to best position this store for future success, all things considered,” McGinnis said. “We will continue to work hard and invest in our remaining stores here.  We are excited to still be able to serve the community at our nearby locations.”

Fuhrer said the area’s food access problem is compounded by a lack of transportation access. The area’s closest bus line, Tri-Met’s 87 line, only runs until 5 p.m. during the work week. On weekends, the line doesn’t run at all.

“For folks who are dependent on transit, not being as robust as it should be, we have buses that run once an hour, banker’s hours, Monday through Friday,” Fuhrer said. “Then after 5 o’clock or on the weekends, it’s very difficult to get to a grocery store, especially if you’ve got a couple of kids in tow and it’s in the rain. You miss the bus by a couple of seconds you’re stuck. And if you’re loaded down with an arm full of groceries, that’s even worse.”

The Albertsons situated a half mile from the current Safeway is the most expensive grocery store in Gresham, according to a survey done by Portland State University students last year.

“So we have Albertsons effectively victimizing people in poverty in Rockwood to help boost their bottom line, and the lack of competition allows them to do it,” Fuhrer said.

In the Rockwood neighborhood, Gresham Redevelopment Commission is working with the community to turn the site of a former Fred Meyer at nearby 187th Avenue and Stark Street into a mixed-use economic stronghold for local businesses.

“[Safeway’s closure] it makes what we’re trying to do on the former Fred Meyer site in terms of bringing a food market place to that site, that much more important,” Fuhrer said.

A realty website valued the property at an estimated 1541 NE 181st Avenue just over $1.8 million.