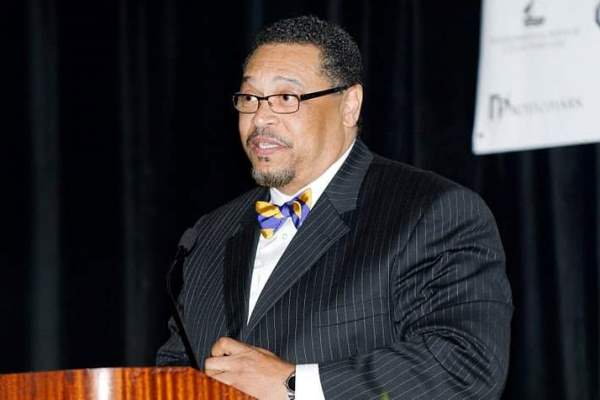 Although he’s resided in Portland for four decades now, Baruti Artharee, the 62-year-old former policy liaison for Mayor Charlie Hales, does not hesitate to remind you he’s from Compton.
When he first came to Portland in 1975, he got involved with the local social justice organization the Black Justice Committee, in the wake of the police killing of a local Black teenager.
Since then, he has gone on to work at several civic organizations as both an employee and cosultant, including the United Way, the National Association of Minority Contractors, and Home Forward, among others.
Artharee retired late in 2013, in the wake of a scandal involving allegations of inappropriate comments about Multnomah County Commissioner Loretta Smith.
Apart from a lengthy appearance on a local cable access television show immediately after his retirement, Artharee has stayed away from media. That, Artharee told The Skanner, has been intentional.
Now, just over a year and a half into his retirement, Artharee has agreed to an exclusive interview with The Skanner News to update the public on what he’s been up to. This interview has been edited for space and clarity.

The Skanner News: Since stepping out of the spotlight around your retirement, what have you been doing?
Baruti Artharee: When you look at my background, I’ve been very blessed to do things in government, the private sector, the corporate level, be an entrepreneur, work for a couple of mayors and at the same time be very much engaged in the community.
I have arrived at a point in the time of my retirement that I recognize that I was being viewed as an elder in this community. People know me, people trust me, know I’ve been a straight shooter, and know I’m going do what I say I’m going do and this is based on the feedback that I’ve gotten from the community.
My role as a mentor has really expanded, that I have been quietly mentoring a lot of people mostly young African American men and women. So while I’ve been retired in name, I haven’t been idle. This has been very personally satisfying.
TSN: How’s your health? You’re a two-time cancer survivor.
BA: [It] really puts you in a perspective when you go through that. It causes you to look at your life differently, and the world differently and causes you to make some adjustments. At the time I decided to retire, I was wrestling with a few health issues and I just came to the conclusion that none of the things that I was dealing with politically and community-wise were worth sacrificing my health for. So I’ve been very blessed over the last 18 months to be able to focus on my health, at all levels physically, mentally and spiritually.
The Skanner did an article maybe a year ago on my son, Hasan, who needed a kidney transplant. He has a hereditary kidney disease called polycystic kidney disease. I retired at the same time he started dialysis. He is a father of four sons, age three to 15. He’s working full time, doing the dialysis four times a week, coaching two kids’ basketball teams and I took a step back and said, “I need to do anything I can do to step in and support him.”
TSN: What are your feelings right now about police accountability, in the city and nationally?
BA: I’m glad to see Black people, people of color, any people that have been victimized are able to speak up and able to put it out there in order to garner attention. I’m glad to see the local people engaged and doing that work.
I haven’t been real engaged personally in a lot of the police accountability issues marches and demonstrations and all that because as I said, I don’t feel like I need to reach back and continue to do a job that I’m no longer being paid to do on one hand. Then the other part is an issue of time and priorities.

TSN: What else do those priorities look like?
BA: As part of my retirement, I made a commitment to myself that if I’m living in Portland, to get up out of here on a regular basis so I can see what’s going on in the larger world.
My primary destination is going back to my hometown, Compton. I grew up in Compton, graduated from Compton High School and when I retired I shipped my old-school 1968 Lincoln out to L.A. I go to L.A. almost every other month now and stay with my brothers.
About five years ago my classmates and I had our 40th reunion and I reconnected. [Now] we’re having get-togethers, gatherings, and picnics, and most people, like me, are retired or are retired. Most people are grandparents now we’re slowing down. I’m going to [another] gathering next month and just this year I’ve had May, June, July three different classmates have died off, so I don’t take things for granted.
TSN: With you travelling between Portland and California now, you said people of color need to get out and travel more. What things are you seeing in California that you’d like to see in Portland in terms of people of color?
BA: The dynamics in Portland are very unique, where you have Black folks living in the Whitest city in America. It creates tensions between the small minority of African Americans and the larger group of white folks that are here. It creates dynamic tensions even within the Black community. What I say for Black folks that live here or have grown up here, you’ve got to go to other places that have “majority minority” populations, you’ve got to see how other people interact with each other and how they relate with each other.
When I graduated from high school in 1970, [L.A.] had the largest concentration of African Americans on the West Coast. We didn’t run around looking for White folks’ approval. We didn’t wait for White folks’ buyoff to do something. We learned how to think and interact. And we had our squabbles, but we learned how to value each other, respect each other.
I’ve come to realize that as long as my grandkids are here I will always have an attachment to Portland. And that’s the major thing that’s kept me in Portland: my grandchildren, supporting them, watching them grow up and supporting my son. If I do make a move, I will get another residence somewhere in the L.A. area and maintain a residence here and just travel back and forth and that’s what I’m working on now.