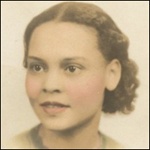 Brown v. Board of Education. To most of us, this case signifies a turning point in our country's history – a subtle swing away from oppression, the chance for a better future.
But for Eva Rutland, the author of more than 20 novels and winner of the 2000 Golden Pen Award for Lifetime Achievement, the landmark Supreme Court decision was a little more obscure.
"Integration in theory is a fine, high-sounding utopia. In reality, I shivered as I watched my children unknowingly shed the warm cloak of segregation," Rutland wrote in her memoir, "The Trouble With Being a Mama," originally published in the 1964 and recently re-released by Rutland's daughter, Ginger, an editorial writer at The Sacramento Bee, under the new title, "When We Were Colored, a Mother's Story."
"As a mother, you're not worried so much about securing legal rights, equal educational opportunities and that sort of thing for your children," says Rutland in an online interview posted to her Web site, www.evarutland.com. "You just want them to be happy. When they come home crying because so-and-so won't play with them because they're 'colored' or they've been called a name, your heart breaks."
Asked what prompted her to write "When We Were Colored," Rutland says she wanted to share her story in the hopes of making life better for her own children. 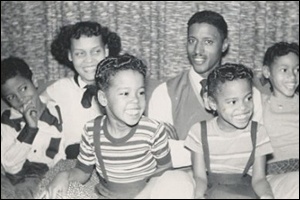 "I was a young Black mother in the 1950s," Rutland says. "Schools were just beginning to integrate and I was worried about my children and what they would encounter in this integrated world. I thought that, if I could just talk to White mothers, they would understand that my Black children were just like their children, filled with all the beauty, joy and insecurities of childhood, just as precious and just as fragile."
"We Were Colored, a Mother's Story," was Rutland first stab at writing. She went on to pen more than 20 novels, most of them romance books, because, as she says, "I love the boy-meets-girl-problems-arise-they-solve-them kind of stories that give people a laugh and a lift."
In a biographical section on her Web site, titled "Eva on Eva," Rutland apologizes to modern-day African Americans for her language.
"As you read this book, I hope you will forgive my husband's outrageous cussing and his careless use of the 'n' word, which for him was more endearing than insulting," Rutland writes. "Forgive me too. I'm not quite up on today's politically correct phrasing. We were colored in my day, or Negro, definitely not African American."
"When We Were Colored," Rutland says, is "as relevant today as it was when I wrote it. It goes beyond Black and White. I 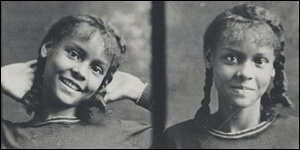 t's really about the fears that all mothers face as we struggle to raise healthy, happy, productive children."
Want to hear more about Rutland's amazing life – she grew up in a house that her grandfather, a former slave, built in Atlanta six years after the Civil War ended?
Portlanders will get their chance.
Rutland, along with her daughter, Ginger, will host a lecture and book signing at 4 p.m. Saturday, July 28, at Talking Drum Bookstore, 466 N.E. Killingsworth St.
For more information about this event or for directions, call 503-288-4070. To learn more about Rutland and her many achievements, visit her Web site at www.evarutland.com.